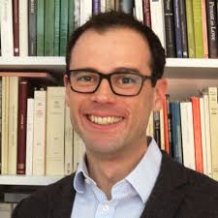 A major new study shows the development and impact of the novel in French from the pre-history of the art form in the late medieval period to the present day.

The forty-chapter book, The Cambridge History of the Novel in French, edited by Professor Adam Watt from the University of Exeter, is the first in a century to chart the novel in French for this entire period.

Leading experts from around the world show the influences on novelists writing in French, from the economy, politics, their personal life and other artists. They show how the novel is influenced by its medieval precursors, France’s colonial past and the 1789 Revolution, and how different generations of writers learned and borrowed from each other.

What is often thought of as the first modern novel in French, Madame de Lafayette’s La Princesse de Clèves, was published in 1678, though the opening chapters of the History explore writings from the fourteenth to the sixteenth century that can be seen as precursors to the modern novel. During the next two hundred years authors borrowed, or plundered, from different types of texts, and reshaped them into what we now know as novels.

Faith Beasley, from Dartmouth College, writes about the importance of collaborative modes of writing, editing and publishing in seventeenth-century France, and the key influence of women writers on the development of writing in French.

Nicholas Paige, from the Universityof California, Berkeley, shows how the novel ebbed and flowed in popularity during the 17th century. Professor Paige carried out a sample of 609 novelspublished between 1601 and 1730.

The Cambridge History of the Novel in French charts the growth and development of the novel in the age of Enlightenment, a period when writers produced an extraordinarily rich body of work.

Gillian Dow, from the University of Southampton, explores links between the novels and novelists of eighteenth-century France and England.

Experts describe the eighteenth-century taste for the memoir novel, a form of first-person writing popular during the period, that often blends fiction and history, and libertine novels, ranging from the titillating to the pornographic by writers such as the Marquis de Sade.

The book examines how the Revolution continues to provide material for novelists well into the twenty-first century, but also how the production of novels fell by 80 per cent immediately after 1789. Katherine Astbury, from the University of Warwick, shows the new directions taken by novelists in the wake of the socio-political upheaval.

The book also contains an account of how cheaper printing meant an explosion of the novel in the nineteenth century, which increased literacy and led to an ever-growing appetite for fiction.

Academics show the different ways in which French writers in the nineteenth century used the novel form to entertain and reflect the politically volatile period.

Jennifer Yee, from Oxford University, and Andrea Cabajsky, from the Université de Moncton, examine the impact on nineteenth-century novel writing of France’s colonial endeavours, including the development of the French-Canadian novel, and the appearance of the earliest novels in Quebec in the 1830s and 40s.

Nigel Harkness, from Newcastle University, examines how women novelists from George Sand to Colette responded to prejudices relating to gender and sexuality.

The 1880s to the 1960s were a time of intense experiment and renewal in literary writing.

Ashok Collins, from the Australian National University, writes about the roman-fleuve – the novel series that blossomed in France in the first half of the twentieth century. Professor Watt writes about the way Marcel Proust constructed his novels, and his immeasurable impact on novel writing on French and other languages.

Simon Kemp, from Oxford University, tracks the varied directions taken by Proust’s contemporaries and those of the generation after, and how the novels of the inter-war years reflected the fast-changing socio-cultural conditions of the period. Ursula Tidd, from the University of Manchester, shows how Simone de Beauvoir and Jean-Paul Sartre turned away from the style of established writers and instead looked towards experimental writers.

The History also includes chapters on novels in French from the Carribean, North Africa and Sub-Saharan Africa, as well as on literary prizes, contemporary writing by women and the novel in the internet age.

Professor Watt said ‘I am thrilled to have brought this project to fruition. My contributors offer something new and invigorating in our field: a History that looks both within and beyond the national borders of France, identifying continuity and divergence between different writers and periods. It is comprehensively cross-referenced so that readers can pursue the connections, echoes and borrowings that underpin so much of our literature.’