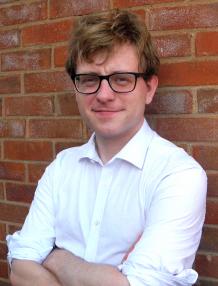 I research and teach topics across a broad swathe of medieval cultural studies, with a particular focus on medieval French language and literature and (within this) the use of the French language in medieval England. I joined the History department in 2021, after completing my PhD at Exeter, and currently teach courses at all undergraduate levels on medieval poetry, society, and history, across both History and Modern Languages.

My research focuses on the use of the French language in medieval Britain, and particularly on less traditionally 'literary' texts. My PhD, 'Imagining and enacting education in the French texts of post-Conquest England', examined the relationship between language use and instruction across a range of genres, including computus texts (pieces dealing with the dating of movable feasts), translations of the Latin Disticha Catonis, and the so-called 'courtesy book' tradition.

Since completing my PhD, I have been fortunate to continue this research in my capacity as Postdoctoral Research Associate on the Learning French in Medieval England project, where I am working to produce a critical edition of all 17 manuscripts of Walter de Bibbesworth's Tretiz. Forthcoming articles include an edition and study of the guide to the lunar calendar in British Library, MS Cotton Claudius D III (Medium Ævum, in press) and an introduction to Rauf de Lenham's Kalender for a volume in Routledge's Cultural History of Translation series (ed. by Michelle Bolduc and Marie-Alice Belle). I am also interested in codicology and book history, as well as in the phenomenon and uses of medievalism in the post-medieval world.

My student hours in Term 2 (2021-22) are Mondays and Thursdays (1pm - 2pm). To (10am – 11am). Please click here to make an appointment, indicating whether you'd prefer to meet in-person or virtually (a Teams meeting will be created automatically). If you're coming to see me in-person, you might find this link useful in finding my office.

I completed my PhD in French at the University of Exeter in 2021, supervised by Dr. Thomas Hinton, Prof. Emma Cayley (now at the University of Leeds), and Dr. Susana Afonso. My PhD focused on the use of French as a language of didactism in England during the centuries following the Norman Conquest. Prior to arriving in Exeter, I worked as a lecteur d'anglais at the École Normale Supérieure de Lyon, France, where I taught advanced English language skills, British current affairs, and an introduction to medievalism.

Alongside my current teaching work in History and Modern Languages, I am also the Postdoctoral Research Associate on the Learning French in Medieval England project, where I (alongside the project's Principal Investigator, Tom Hinton) am working to produce a digital critical edition of Walter de Bibbesworth's 13th-century French language-teaching text, the Tretiz. You can watch a short video introduction to our work on the project (filmed as part of the University's ExeTalks series) here.