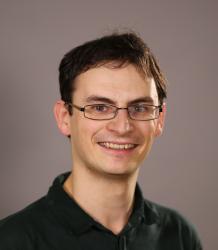 My research interests focus on medieval French and Occitan literature, especially of the twelfth and thirteenth centuries, with an interest in manuscripts and the material context of medieval texts; currently I am working particularly on the French of medieval England. More broadly, I am interested in the reception of literature; the uses of the past; the representation of the unfamiliar; narrative aesthetics; and theories of translation.

I offer modules on medieval French and Occitan literature and culture, as well as co-teaching an introductory first-year literature module. I also teach French language. In 2017 I won the University of Exeter Student Guild award for Best Postgraduate Supervisor.

My research interests focus on medieval French and Occitan literature, especially of the twelfth and thirteenth centuries, with a particular interest in manuscripts and the material context of medieval texts. More broadly, I am interested in the reception of literature; the uses of the past; the representation of the unfamiliar; narrative aesthetics; and theories of translation.

I am currently focusing on the French of medieval England - in particular, a language-learning text by the 13th-century Essex knight Walter de Bibbesworth, known as the Tretiz. From Jan 2020 until Jul 2021 I will be working on a digital edition of the seventeen manuscripts of the Tretiz, funded by an AHRC Leadership Fellowship.

This project falls within a longer-term investigation of how the development of lay literacy in the thirteenth century affected the status of vernacular (non-Latin) languages and their literary traditions, focusing on the cases of French and Occitan. Where twelfth-century texts in these languages typically aim to transmit some ancient story, whose great age guarantees its significance, the thirteenth century saw the advent of alternative models for a vernacular written culture, which sought legitimacy as cultural records of the present or recent past. Lyric poetry has a significant role in this story: Occitan and French poets were among the first vernacular writers to be celebrated as such by contemporaries, and the modern idea of the canonical author owes a large amount to the influence of lyric song on the development of the various European vernacular literatures.

I am a member of the international Research Team for the project Troubadours and European Identity: The Role of Catalan Courts, led by Dr Miriam Cabré (Girona) and funded by Recercaixa. From 2012 to 2014 I was part of a collaborative project on conceptualizing the medieval library, working as part of an international group of researchers; this resulted in a special issue of French Studies, published in 2016.

I am interested in hearing from potential research students with proposals relating to any topic relevant to my research expertise. I am especially happy to consider working with candidates whose interests relate to 12th- or 13th-century French or Occitan material; Arthurian literature; or medieval multilingualism in the British Isles.

Edward Mills, 'Imagining and Enacting Education in the French Texts of Post-Conquest England'

I enjoy discussing medieval culture in public contexts, and have taken part in a number of activities, including the 2018 Translation Festival organised by Prof Michelle Bolduc and Eliana Maestri, and a pub talk on the French language in medieval Devon.

Since 2018 I have been a member of the Consultative Panel for the journal French Studies Bulletin.