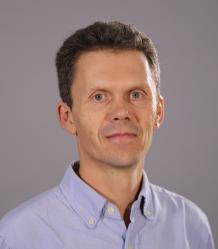 I came to the Department in 1995 to teach New Testament studies, after completing my PhD at Cambridge on a social-scientific approach to Paul's Corinthian letters and the letter known as 1 Clement. Since then, I have continued to employ a range of social-scientific approaches in my work, which has explored aspects of the making of early Christian identity in its socio-historical context, and also contemporary interpretation of the New Testament in ethical and ecological discussion. I was promoted to full Professor in 2007.

My main research interests are:

I teach modules on a wide range of New Testament topics, including Paul and contemporary Pauline studies, New Testament ethics, 1 Peter, New Testament Greek, and the Bible and environmental ethics, and supervise a number of research students working on topics including 1 Peter and Pauline theology.

My main research interests currently focus on three main areas,1 Peter and early Christian identity, ecological interpretation of the New Testament, and the intersections of religion, ethnicity, and race in New Testament interpretation:

1. The First Letter of Peter. My interest in 1 Peter goes back to the writing of the Epworth commentary on 1-2 Peter and Jude, published in 1998. Since then, I have published a number of essays on 1 Peter, particularly on the letter's contributionso the development of Christian identity, and a short introductory Guide to the letter (T&T Clark 2008). A number of these essays have been revised and published in book-form as Becoming Christian: Essays on 1 Peter and the Making of Christian Identity (Bloomsbury T&T Clark, 2013). I am preparing the International Critical Commentary on 1 Peter, in collaboration with Travis B. Williams, a former Exeter PhD student.

2. Ecological interpretation and Pauline ethics. In 2005 I published a book on Pauline ethics, Solidarity and Difference (T&T Clark). Then, from 2006-2009, I directed a project on uses of the Bible in environmental ethics, funded by the Arts and Humanities Research Council (AHRC) of the UK. Among the publications from the project are three books, published in 2010: The Bible and the Environment (Equinox/Acumen/Routledge); Greening Paul, co-authored with Cherryl Hunt and Chrstopher Southgate (Baylor University Press) and a co-edited volume entitled Ecological Hermeneutics: Biblical, HIstorical, and Theological Perspectives (T&T Clark). During 2011-2013 I worked on a project funded by the St Luke's College Foundation to develop resources for secondary school teachers and A-level students on the Bible and environmental ethics (see http://humanities.exeter.ac.uk/theology/research/projects/beyondstewardship/). A volume of my essays on Pauline ethics, from ancient social contexts to contemporary ecologcal interpretaton, has been published in 2019 by Eerdmans (The Origins of Christian Morality).

3. The intersections of religion, ethnicity, and race in New Testament texts and interpretation. From 2015-2017 I held an AHRC Leadership Fellowship which enabled me to spend a concentrated period of time working on the scholarly constructions of Jewish and early Christian identities in relation to questions about the intersections of ethnicity, race, and religion. During the project, we hosted two workshops and an international conference at Exeter (see http://humanities.exeter.ac.uk/theology/research/projects/ethnicity_race_religion/). Papers from these events were published in an edited volume (co-edited with Katherine Hockey), called Ethnicity, Race, Religion (T&T Clark, 2018), and my monograph on the topic, Ethnicity and Inclusion, was published by Eerdmans in 2020.

I am currently supervising students working on various topics in the area of New Testament studies, specifically on aspects of the study of the Pauline letters and 1 Peter. Recent PhDs have included studies of 1 Peter, Paul's letter to the Philippians, the Didache, and ecological interpretation of the New Testament.

I am particularly interested in supervising students whose research falls into my current areas of research interest, as detailed in that section of my profile. Students interested in the possibility of doctoral studies are always welcome to contact me to discuss possible topics, etc.

I am currently first supervisor for a number of students working on 1 Peter, aspects of Pauline studies, and other areas of biblical and early Christian studies. I have also been involved with other PhD projects, including some connected with the "Bible and environmental ethics" project.

From 2015-2018 I was the general editor of the SBL book series Early Christianity and its Literature. In recent years I have served on the editorial boards of the Journal of Biblical Literature (2014-19), New Testament Studies (2014-2017), and Theology (2011-). I was editor of the Journal for the Study of the New Testament from 2002-2007, and served on the editorial board deom 1997-2013. I am on the advisory board for the Journal of Ethics in Antiquty and Christianity (based at the University of Mainz, Germany).

At Exeter, I am the Director of the Centre for Biblical Studies. I have held visiting fellowships at the Universities of Heidelberg, Mainz, and Leuven.

I have presented various aspects of my research in publications for press and website outlets, for example:

I teach a range of modules in the area of New Testament Studies, including modules in New Testament Greek. I aim to introduce students to key areas of knowledge and to a range of sometimes innovative approaches in the field of scholarship, to help them develop their own critical skills, not least so that they can develop their own perspective on the material in an informed and judicious way. I am also concerned to enable students to reflect critically on the position from which they interpret and to engage with a range of global voices and perspectives in their work.