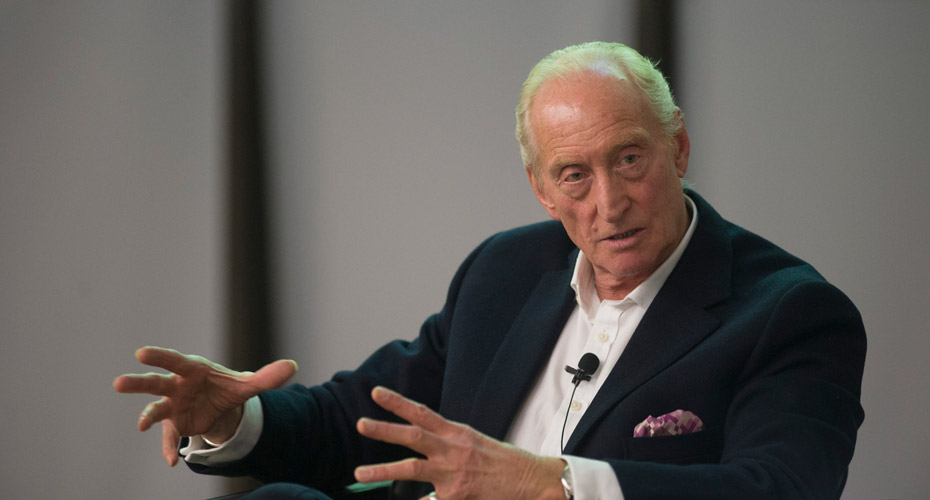 In some thirty-five years as an actor Charles Dance has amassed an impressive body of work in all media. On the stage Charles has played title roles with the RSC and completed major work in London’s commercial theatre, including Good, Long Day's Journey into Night with Jessica Lange, and Shadowlands, for which he received the London Critic’s Circle Award for Best Actor.

Charles has recently appeared in the BBC’s five part adaptation of The Woman in White. Past television highlights have been a BAFTA nomination for Best Actor in The Jewel in the Crown and Bleak House for which he received an International Emmy nomination and won the Press Guild Award for Best Actor.

More recently, Charles starred as Tywin Lannister in HBO’s record-breaking Game of Thrones. Charles’ recent film credits include The Imitation Game, Woman in Gold, Dracula Untold, Frankenstein, Child 44, Me Before You, Ghostbusters, Underworld V, Pride and Prejudice and Zombies and That Good Night.

Charles will soon be seen in EUPHORIA alongside Alicia Vikander and Eva Green and Fanny Lye Deliver’d with Maxine Peake, Godzilla 2, Johnny English 3 and The Book of Vision opposite Sverrir Gudnason.

Past major films include Plenty, White Mischief, Good Morning Babylon, Starter for Ten, Gosford Park and Kabloonak for which he received the best actor award at the Paris Film Festival in 1996. His debut as a film director and writer was Ladies in Lavender, with Judi Dench and Maggie Smith, for which both were nominated for European Film Academy Awards.