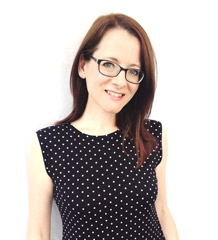 Dr Helen Vassallo graduated from the University of Liverpool in 1999, with a first-class Joint Honours degree in French and Hispanic Studies. She completed an MA in Literary Translation and a PhD in French, before joining the Department of Modern Languages at Exeter in 2004. She teaches a range of modules at undergraduate and postgraduate level, and supervises PhD research in each of her areas of expertise (women's writing, translation, and contemporary French/Francophone literature).

My two primary areas of research are literature in translation, and contemporary women's writing in French. My Translating Women research project, launched in 2018, brings together my interests in translation and women's writing. I run a blog with weekly book reviews, opinion posts and guest writing (http://blogs.exeter.ac.uk/translatingwomen/) and you can follow the project on Twitter at the @translatewomen account. Located in the context of both social movements (such as #metoo and #timesup), and industry shifts (such as the Year of Publishing Women and Women in Translation month), the main analysis of the project focuses on recent translations into English of women's writing (in any language) by women translators. While the analysis is primarily qualitative, it is supported by quantitative research to establish the proportion of women writers being published in terms of literary output in general, and translations in particular, as well as which women authors get published, who translates them, and whether their geographical location or source language influences publishing decisions, publicity, or literary reception. Bringing together exciting female-authored texts from around the world, "Women Writing Women Translating Women" aims to contribute to the growing awareness of, and interest in, female voices.

My early research resulted in two books on French author Jeanne Hyvrard, and highlighted my interest in the literary and autobiographical manifestations of social and physical conflict and trauma. Moving on from this, I began to focus on narratives of war, or of the transmitted legacy of war.

I have published several articles which focus specifically on literature in French which deals with the legacy of the Algerian War of Independence, and my most recent completed projects are a British Academy-funded monograph titled The Body Besieged: The Embodiment of Historical Memory in Nina Bouraoui and Leïla Sebbar and an article on a previously unpublished text by the actor and playwright Rachid Akbal, written and performed to commemorate the fiftieth anniversary of Algerian independence from France.

My dual interest in gender and narratives of war also links in to my work on Lebanese playwright and actress Darina Al-Joundi, on whose critically acclaimed play Le Jour où Nina Simone a cessé de chanter I have published a number of articles.

Clare Horackova, 'The Francophone Literature of Central and Eastern Europe in the (Post-)Communist Era'

I teach a number of research-led modules at undergraduate and postgraduate level. My second-year module ties in with my research interests in contemporary women's writing in French, and my final-year module focuses on autobiographical writing, with a tri-partite approach encompassing women's writing, illness writing, and legacies of war. I also teach on the final year undergraduate module in Advanced Translation Skills (French). At postgraduate level I am actively involved in the MA Translation, teaching on a number of modules and working with students on theoretical and practical subjects in the field of Translation Studies. I am a Fellow of the Higher Education Academy, and was voted Best Lecturer in the Department of Modern Languages by students in the academic years 2011-12 and 2012-13.