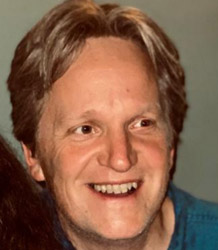 Will Higbee studied as an undergraduate at the University of Birmingham (BA French) and the University of  Exeter (PhD in French Cinema). He was appointed to a lectureship at Exeter in 2002. His research focuses primarily on French and Francophone cinema, with a particular emphasis on immigrant and post-colonial cinema in France and the cinemas of the Maghreb. His research is also concerned with broader issues of national, transnational and diasporic cinema. He has published widely in these areas and has been invited to participate in film festivals and symposia in Europe, the USA, Hong Kong and North Africa. From 2006-14 he was an editor of the international peer-reviewed journal, Studies in French Cinema (now French Screen Studies) and now sits on the advisory board for the journal.

He is the author of Post-Beur Cinema (EUP, 2013) and co-editor of De-Westernizing Film Studies (Routledge, 2012). Between 2015-2018 he was the PI for an international research project on Transnational Moroccan Cinema funded by the AHRC. One of the outputs from this project was a monograph, Moroccan Cinema Uncut: Decentred Voices, Transnational Perspectives (EUP, 2020), co-authored by Higbee with Flo Martin and Jamal Bahmad. In 2019, Higbee secured following-on-funding for impact related activities linked to the original research project. This has led to the digitization and restoration of Door to the Sky (1989) a key film in the history of Moroccan cinema by pioneering feminist director Farida Benlyazid. As a result of this project, the film is being discovered by new international audiences through film festivals and online screenings.

He has successfully supervised (as first supervisor) ten PhD students to completion to date across a range of topics in history, theory and practice. His experience supervising PhD film practice students has led him to take a central role in the College’s partnership with the London Film School. He is currently the Academic link manager for the Exeter/LFS partnership and co-director of the MA in International Film Business, a collaborative, industry-facing MA taught jontly between the College of Humanities and the London Film School.


My primary research interests include:

My most recent monograph, co-authored with Prof Flo Martin and Dr Jamal Bahmad, is titled Moroccan Cinema Uncut: decentred voices, transnational perspectives (EUP, 2020). The monograph is the first book length study to consider the transnational dimension of Moroccan cinema. Featuring interviews with filmmakers and key figures from the Moroccan film industry, the book explores Moroccan cinema’s transnational reach through a focus on the cultural politics of international co-production, the role of international festivals as alternative distribution networks, piracy and digital disruption, film education and activism. For a recent online panel discussion of the book hosted by SOAS, click here.

The book was one of the outputs from an international research project on Transnational Moroccan Cinema funded by the AHRC (£482,132) between December 2015 and December 2018. Impact activity related to this project was extended by the award of a follow-on-funding grant from the AHRC in 2019 (£99,202) with a primary focus on restoring and digitizing lost classics from Moroccan cinema. The project begun with the restoration of Farida Benlyazid's pioneering feminist film Door to the Sky (1987). The restored version of the film was premiered at the national film festival in Tangier (Morocco) in March 2020 before an audience of 300 people. Since then, the film has been streamed at online festivals in Morocco, the UK, Switzerland and Brazil, introducing new international audiences to this key film in the history of Moroccan cinema.

I have been invited to speak at various international conferences and festivals, including: the Arte East Film Festival, New York (2007), the JCC Carthage Film Festival, Tunis (2010), an international symposium on cinema and the crisis of globalization in La Bretesche, France, (2012) and in Chicago as part of a special panel on French cinema at the Society for Cinema and Media Studies annual conference (2013). More recently, I have been invited to deliver papers on ‘Digital Disruption and the European Film industry’ at Paris I, Panthéon- Sorbonne (2017), in Hong Kong (at both CUHK and HKBU in 2018, and in the University of Tetouan (Morocco) in November 2019.

In November 2015 I delivered the keynote address at the European Communication Research and Education Association’s (ECREA) ‘European Cinemas, Intercultural Meetings’ conference in Copenhagen (12-13th November, 2015) and in 2019 I delivered one of the two Keynote addresses at annual conference for the British Association of Film, Television and Screen Studies (BAFTSS), University of Birmingham. In December 2018, I served as President of the Jury for FIDEC (International Film School Film Festival, Tetouan).

In June 2019, I was awarded follow-on funding from the AHRC (£99, 902) for impact activity related to the Transnational Moroccan Cinema project.

Over the past five years, I have been involved in a range of impact and engagement activities linked to the Transnational Moroccan Cinema project, including:

·       Working with project partner Africa in Motion Film festival (Edinburgh and Glasgow) to organise workshops, screenings and panels with a specific focus on Moroccan cinema at the festival between 2016 and 2019. This includes an entire programme devoted to contemporary Moroccan Cinema in 2018.

·       In November 2018, I served as President of the festival jury at FIDEC (the International Film School Film Festival, Tetouan).

·       In 2019 and 2020 with the support of the AHRC follow-on funding, I led a project to restore, digitise and bring key films from Moroccan cinema that were currently ‘lost’ or outside of circulation to new international audiences. The first film selected was Farida Benlyazid’s pioneering exploration of Moroccan feminism and Islam, Door to the Sky (1989). The restored version of the film was premiered at the National Moroccan Film Festival in Tangier in March 2020 to an audience of 300 people. The film was then selected by the Moroccan Film Council (CCM) as one of 20 key films from the history of Moroccan cinema to be streamed for free to online audiences during the national lockdown caused by Covid-19 in May 2020. The film has also been selected for screening at festivals in 2020 and 2021 in the UK, Europe and Brazil – bringing this key film from Moroccan cinema to new international audiences.