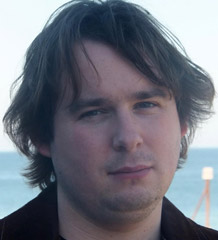 I am a historian of modern Russia with a special interest in the cultural, intellectual and transnational history of the late-imperial and revolutionary period (c. 1881-1921). My forthcoming monograph, Siberian Exile & The Transnational Mythologies of Russian Radicalism, 1825-1917 (Routledge, 2020), explores the nineteenth-century origins of Siberia's modern reputation as a place of exile, showing how the transnational circulation of this image in the years before 1917 helped shape Western understandings of the Russian Revolution and of Russia generally. My current research project focuses on the relationship between religious and revolutionary thought in the final years of Tsarism.

Before coming to Exeter, I taught at UCL SSEES (where I also completed my PhD) and Queen Mary University of London. At Exeter, I teach a range of culture modules (on Russian/Soviet cinema and Russian national identity during the imperial period), and contribute to language teaching.

My research to date has focused on the transnational histories of the Russian revolutionary movement. My PhD thesis and forthcoming monograph, Siberian Exile & The Transnational Mythologies of Russian Radicalism, 1825-1917 (Routledge, early 2020), explores the nineteenth-century origins of Siberia's modern image as a snowbound land of exile, arguing that the transnational circulation of this image via propaganda campaigns orchestrated by Russian émigrés and Western travellers, writers and activists helped not only to determine the reception of Russian revolutionaries in the West, but to shape Western understandings of Russia in general. In my article, ''A Nihilist Kurort': Siberian Exile in the Victorian Imagination, 1830-1890', Slavonic & East European Review (forthcoming early 2019), I trace the evolution of this Siberian mythologeme in Victorian literary culture, showing how the figure of the Siberian martyr-hero (originally a fixture of early nineteenth-century sentimentalist fiction and Polish exile memoirs) gradually emerged as an internationally-recognised symbol of opposition to autocracy and a projection of the modern Western self.

My PhD research sparked my interest in the role of martyrdom in Russia's revolutionary tradition, and thus gave rise to my current project, provisionally entitled 'The Russian Intelligentsia Between Religion and Revolution, 1861-1917'. In this project, I examine interactions between Russian religious thought and revolutionary ideology/action during the late-imperial period, asking why revolutionaries so often framed their struggle against Tsarism in explicitly religious terms, why that framing took the precise forms that it did, and how this latent religiosity was reconciled with the atheism and materialism demanded by the revolutionary programme. I am currently developing an article-length study of religious representations of the Decembrists - the anti-Tsarist rebels of 1825 - in the early twentieth century, a period that saw a dramatic upsurge both of revolutionary violence and interest in religious questions among the educated Russian public.

In 2017, I was curator of a pop-up exhibition, 'The Russian Revolution and Its Impact on the British Left, 1917-1926', organised by the Trades Union Congress (TUC) Library and London Metropolitan University. Designed to mark the centenary of the 1917 revolutions, the exhibition focused on contacts between British and Russian socialists, and on how the Russian Revolution shaped the politics of the British Left, during the early twentieth century. As curator, I developed an overarching narrative for the project, conducted extensive research in the TUC's archives, helped produce the exhibition panels, and oversaw the development and submission of a successful funding bid to the charitable Amiel-Melburn Trust to support the exhibition's costs. The exhibition toured a variety of venues throughout 2017, including UCL SSEES, the British Library and the Marx Memorial Library.