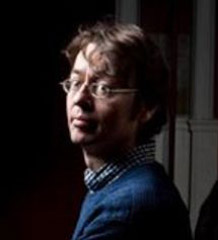 I am an historian of Britain in in its global and imperial context in the period from the late Nineteenth Century to the present day. I am particularly interested in the rhetorical dimensions of politics, economics and empire. I am the author/co-author of multiple monographs, the first of which, The Labour Party and the Planned Economy, 1931-1951 (Royal Historical Society, 2003), was based on my University of Cambridge Ph.D. thesis. The topics I have worked on include the thought of John Maynard Keynes and the writings of H.G. Wells, as well as Britain’s role in international trade negotiations and the history of the United Nations. In recent years, one of my major interests has been the rhetorical culture of the House of Commons and the print culture surrounding general elections. My broad concern with the societal impact of rhetoric can be seen, for example, in Arguing about Empire: Imperial Rhetoric in Britain and France, 1882-1956 (OUP, 2017). That book, which I co-authored with Martin Thomas, takes an explicitly comparative approach, reflecting my wider efforts to set the political culture of Britain and the Empire-Commonwealth in its global context.

I am an expert on the life, career and reputation of Winston Churchill. My most recent monograph, Winston Churchill: A Life in the News (OUP, 2020) explores his journalism, his media image (and his efforts to control it), and the reception of news about him by ordinary readers and viewers. This builds on the approach I used in The Roar of the Lion: The Untold Story of Churchill’s World War II Speeches (OUP, 2013) which showed that Churchill’s oratory generated much more controversy and criticism than legend suggests. The Churchill Myths (OUP, 2020), which I co-authored with Steven Fielding and Bill Schwarz, explores how Churchill’s reputation has been exploited in the decades since his death, by, Donald Trump and Boris Johnson, amongst others. We show, for example, both sides in the Brexit debate have tried to make use of Churchill’s (highly contested) views on European integration for their own purposes.

I research British and international political and economic history in the period since 1867. I have worked on the Labour Party and on the United Nations, as well as on figures such as David Lloyd George, Winston Churchill, John Maynard Keynes, and H.G. Wells. I have made contributions to several fields and I have worked with academics from Political Science, Economics, and English Literature. Several of my books have been co-authored/co-edited with outstanding scholars such as Julie Gottlieb, David Thackeray, Martin Thomas and Andrew Thompson. One of my most important contributions has been to help develop the study of British and imperial rhetoric, which had previously been neglected in comparison to US political rhetoric. My book Rhetoric: A Very Short Introduction (OUP, 2013) summarises my views on that theme.

Tank Green, ‘Digging at Roots and Tugging at Branches: Christians and “Race Relations” in the Sixties’, 2016.

Begum Yildizeli, ‘W.E.Gladstone and British Policy Towards the Ottoman Empire’, 2017.

Richard Wevill, ‘The role of the British embassy in Washington in bilateral Anglo American relations, 1945-1948’, 2010.

Rachel Chin, ‘Between Policy Making and the Public Sphere: The Role of Rhetoric in Anglo-French Imperial Relations, 1940-1945’, 2017.

Clare Maudling, ‘Utopian Dreams or Peacetime Pragmatism? The successes and constraints of post-war reconstruction in the South West’, 2018.

Deema Alhodaif, ‘The Status of Bahrain between 1880-1907 and its Relationships with the British Empire: A Protectorate or Not?’

Yuhei Hasegawa, ‘A political and intellectual biography of Leopold Amery’.

Richard Hill, The development and use of aircraft and armoured vehicles during the First World War’ (thesis submitted and awaiting viva).

Joshua Hockley-Still, ‘Euroscepticism in the Labour party: the role played by the Labour Common Market Safeguards Committee from 1975’.

David Mottishaw, ‘From Factory to Frontline: A Social and Cultural History of British Tanks during the Second World War’.

William Patrick, ‘The Development of the Office of Prime Minister in the 1920s and 1930s’.

Mark Hodge (Art History and Visual Culture), ‘The Last Castle in England: Castle Drogo and the effect of its construction on International Modernism in the South West of England’.

I frequently give talks to schools and civil society organisations, as well as contributing to online discussions and podcasts.

I am Lead Educator on the University of Exeter/FutureLearn Massive Open Online Course (MOOC) ‘Empire: The Controversies of British Imperialism’. Since its launch over 75,000 students have enrolled. 2015 the course received a commendation from the Royal Historical Society Public History Prize judges.

I am one of the Literary Directors of the Royal Historical Society (RHS) and editorial board member for the RHS’s New Historical Perspectives book series.

I am a member of the board of Parliamentary History.

I am a member of the Arts and Humanities Research Council (AHRC) Peer Review College.

I am an Academic Associate of the Higher Education Academy (HEA).

I have written for a wide range of media outlets, including CNN, The New York Times, and The Guardian. I review regularly for the Times Literary Supplement. I have appeared in podcasts and on radio stations around the world, including on National Public Radio in the USA and on flagship BBC programmes such as Today and The World at One. I have often featured in TV documentaries, most frequently on the major UK channels but also in France and Germany. In 2018 I co-presented the Channel 4 documentary Churchill’s Secret Affair.