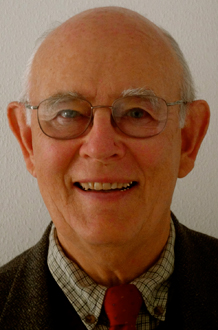 Contact with Hispanic culture in the United States South West awakened my interest in Spanish, which led to an MA awarded by Texas A & M University in 2001. Upon retirement from medicine, I lived in Salamanca for 18 months before returning to the United States for family reasons. There, I entered the doctoral programme of the University of Minnesota at Minneapolis and was awarded a Ph.D. in Hispanic and Lusophone Studies in 2011.

My research interests are centred on Realist/Naturalist literature of Restoration Spain with particular emphasis on the work of Benito Pérez Galdós (1843-1920). Galdós’s intense interest in the medicine of his time and his expression of that interest in his novels provide relatively unexplored fields for interdisciplinary research for which my dual training makes me unusually well prepared. My recently published book, Galdós and Medicine is an outcome of my work. I am currently studying the status of the physician in Spanish society in the 1870s and 1880s as it is reflected in Galdós’s fiction and relating it to contemporary historical sources.

In December 2015 I gave the 15th annual Pérez Galdós lecture at the University of Sheffield entitled, Galdós and Medicine.

I am a member of the Asociación Internacional de Galdosistas and the Association of Hispanists of Great Britain and Ireland.

“Corrosive esophagitis in children: assessment by the esophagram.” American Journal of Diseases of Childhood. 132 (1978): 596-99.