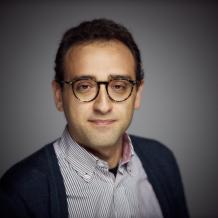 I am a Lecturer in Modern American History at the University of Exeter and a Visiting Scholar at the Institute for Security and Conflict Studies (ISCS) at the Elliott School of International Affairs, George Washington University.

My research agenda is concerned with the socio-psychological dimensions of American diplomacy and statecraft in the Asia-Pacific. Therefore, my research interests lie at the intersection of International Security, Diplomatic History, and Foreign Policy Analysis. With this interdisciplinary focus, I am currently studying two main topics: the influence of leader’s nationalist beliefs over American grand strategy and foreign policy in the Asia-Pacific between 1898 and 1972; and the role of strategic signalling in shaping Sino-American relations between 1882 and 1946.

I am currently working on a book tentatively titled "Nationalist Beliefs and The Rise of American Hegemony in the Asia-Pacific, 1898-1972." By highlighting the central role of leaders’ nationalist beliefs in the history of America’s international behaviour in the Asia-Pacific, my first book will provide a novel and systematic understanding of the impact of nationalism over American foreign policy in the region by analysing their impact on key puzzles in U.S. foreign policy in the region.

In addition to the book, I have published in The International History Review - the flagship journal which connects historical research with the study of international relations - an article titled “Losing China? Truman’s Nationalist Beliefs and the American Strategic Approach to China, 1948-1949.” The article argues that the Truman administration failed to pursue rapprochement with the Chinese Communists in early 1949 as a result of the president’s nationalist beliefs, and his cognitive image of China as a “colony.” As a result, I demonstrate that Truman shifted economic and military support from the Kuomintang to local warlords in Western China as a result of pre-existing cognitive perceptions and stereotypes that informed Sino-American relations in the early Cold War.

A second major project aims to provide the first scholarly understanding of the strategic sources of America’s foreign policy towards China between 1882 and 1946. The project will analyse American foreign policy decisions resulting from policymakers’ strategic use of self-images of the United States vis-à-vis Chinese counterparts.

Alongside my substantive interest, in my own research and research collaborations below I have applied a varied set of methodological techniques developed during taught workshops, ad-hoc training, and courses:

Between 2020 and 2021 I worked with colleagues at the University of Oxford to develop research reports and conferences as part of the global pandemic response. These included the GloPID-R report on COVID-19 Research Recommendations & Considerations for 2021-2023; the COVID-19 Research Synergies Meetings, published with BMC Medicine; and the Long COVID Research Forum, whose outcomes were published in The Lancet Infectious Diseases.

In 2020, with colleagues at Picker Institute and the University of Oxford, I co-authored a book chapter, published with Cambridge University Press, on patients' perceptions and experiences of care analysed in comparative perspective.

In January 2020, I was awarded an Associate Fellowship of the UK’s Higher Education Academy (HEA). The Fellowship demonstrates a personal commitment to professionalism in learning and teaching in higher education.