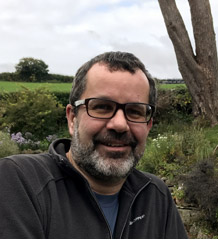 I work on modern British social, cultural and political history and have a special interest in the intersection of class and gender in both popular politics and the wider politics of everyday life. My latest book, Me, Me, Me? The Search for Community in Post-war England was published by the trade arm of Oxford University Press in 2019. Based largely on research conducted during a Leverhulme Major Research Fellowship, it uses the testimony of ordinary people collected since the 1940s to challenge conventional accounts of the death of community and relentless rise of selfish individualism.

My previous books include Speaking for the People: Party, Language and Popular Politics in England, 1867-1914 (CUP, 1998), Electing Our Masters: the Hustings in British Politics from Hogarth to Blair (OUP, 2009) and the edited collection Party, State and Society: Electoral Behaviour in Britain since 1820 (with Miles Taylor [1997]) which played an important part in defining the so-called 'new political history'. I have previously taught at University College London, the University of Liverpool, Harvard University and the University of Cambridge and been a visiting scholar at Harvard, Monash and the Australian National University. I have supervised more than twenty PhDs to completion on a wide range of topics in modern British history and am keen to hear from new potential graduates to work with me at Exeter.
Read more at https://humanities.exeter.ac.uk/history/staff/jlawrence/#COaa3E3gy8IDXhXg.99

Prof. Lawrence works on British social, political and cultural history from the mid-nineteenth century to the present. He has published extensively on political language and the culture of public politics. He published Me, Me, Me? The Search for Community in post-war England with Oxford Univeristy Press in 2019. This work explores the everyday or 'vernacular' politics of self and society in modern Britain. Lawrence has also worked extensively on the world of popular party politics, playing a prominent role in the development of the so-called 'new poiltical history' with its emphasis on the systematic study of political language. See especially Speaking for the People: Party, Language and Popular politics in England, 1867-1914 (CUP, 1998) and Electing Our Masters: the Hustings in British Politics from Hogarth to Blair (OUP, 2009). He is currently a Co-I on the large, interdisciplinary UKRI/AHRC project Living with Machines based at the Turing Institute and British Library which seeks to transform our ability to study the history of modern Britain at scale.

I am interested in supervising research students working on most aspects of British social, political and cultural history since 1860, and have particular interests in the history of class, gender, place and popular politics.

Gaynor Williams, ‘Women in public life in Liverpool between the wars’ [Liverpool, 2000]

Gary Love, ‘Conservatives, National Politics and the Challenge to Democracy in Britain, 1931-37’ [Cambridge, 2010]

Geraint Thomas, ‘Conservatives and the culture of ‘National’ government between the wars’ [Cambridge, 2010]

I have appeared in historical documentary programmes on BBC2, Channel 4 and the Parliament Channel, and on a range of BBC radio programmes including The Long View, Westminster Hour and the recent ten part series on Conservatism, Liberalism and Socialism. In June 2014 I wrote and presented a BBC Radio 4 documentary exploring 'The Unmaking of the English Working Class'. I have written on the political and policy implications of my research for Renewal, Juncture, The New Left Project, BBC History Magazine, History Today and History & Policy.