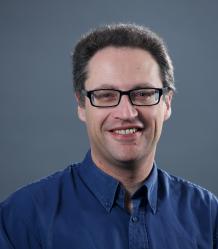 My undergraduate teaching includes modules on:

My main research interest has been the identity and composition of the ‘middle sort of people’ in provincial England 1620-1750. I have published a number of articles on this subject, and have written a monograph study, published by Oxford University Press in July 2007.

Following publication of this book, my research interests in identity shifted to questions of masculinity and gender identity among the gentry in England, between the seventeenth and twentieth centuries. In particular, I researched two themes: a) the ways in which social norms about appropriate male behaviour were translated into practice in families; b) long-term processes of change over time, in norms and behaviour. Both aspects will allow me to make a critical assessment of existing ideas on elite masculinity in this period. To pursue this research, I received two externally-funded research awards for two related projects. These were: 1) British Academy Small Grants Award SG-46123 ‘Practices of politeness: changing norms of masculinity in landed society, 1660-1800’awarded 04/07, funding one 0.2 researcher for 4-months; 2) AHRC Research Grants (Standard) App. Id. AH/E007791/1 ‘Man’s Estate: Masculinity & Landed Gentility in England, 1660-1918’, awarded 06/07 – 37 months funding for 2 researchers (one for 2.5 years, the other for 1 year) to start 09/07 + 1 funded Ph.D. studentship. This resulted in an Oxford U. P. monograph (Man's Estate. Landed Gentry Masculinities, 1660-1900) authored with Dr. Mark Rothery, published in March 2012. We also published an article on elite masculinity and travel in Social History in 2008, and a chapter in Sean Brady & John Arnold (eds), What is Mascuilinity? (Palgrave 2011). As part of this research, I organised the conference 'Engendering Gender: Production, Transmission and Change 1450-1950' in 2010. I have also published an article on gender, political reputation and memory in C. Fletcher, S. Brady, R. E. Moss & L. Ryall (eds) The Palgrave Handbook of Masculinity and Political Culture in Europe (Palgrave, 2017), and on family memory and social identity among the Gentry in England, 1600-1750, to be published in Historical Research.

My second area of research has been in association with Prof. R.W. Hoyle, of the University of Reading, into land ownership in Essex and Lancashire, concentrating particularly on the decline of the small farmer, 1500-1800. We have published several articles on this theme, and completed a monograph on the land market in the Essex village of Earls Colne, 1500-1750, with Manchester U.P. published in March 2007.
Following on from this research, I developed an interest in the neglected subject of urban common field agriculture and the effects of enclosure 1550-1800. I have so far published two articles on this subject, and a chapter in a recent book edited by Richard Hoyle, Custom, Improvement and the Landscape in Early Moden Britain (Ashgate, 2011). I have recently published an article on religious and social change in Earls Colne, 1560-1640 in T. Dean, G. Parry & E. Vallence (eds), Faith, Place and People in Early Modern England: Essays in Honour of Margaret Spufford (Boydell Press, 2018).

My research interests in Lancashire have included research into the politics of the small, pocket-borough of Clitheroe, in the period 1660 to 1780, and I published an article on this theme in 2004.
I am also interested in the Hearth Tax and distribution of wealth in Essex 1662-85, and collaborated with the British Record Society Hearth Tax volume for Essex.

I was also involved in the AHRC Knowledge Transfer Fellowship project headed by Prof. Oliver Creighton (Archaeology), and the Poltimore House Trust, entitled 'Community and Landscape: Transforming Access to the Heritage of the Poltimore Estate', which engaged with community groups in Poltimore (just outside Exeter) to research the history and development of Poltimore House between the 15th and 20th centuries. This has community-based research has continued for a decade, and will result ion a publication on the Poltimore Estate and the village of Poltimore, 1911-24.

Most recently, I have begun to research the history of poor relief in the later eighteenth and early nineteenth century, particularly on the Essex village of Terling. This work was inspired by the task of writing an essay for the feitschrift volume for Prof. Keith Wrightson, published in 2013. Since writing this essay, I have continued research on this subject, because it has become clear that although so much research has been undertaken on the subject, we still do not understand some very basic questions. These include: how much did recipients get in poor relief each week? How often did they receive poor relief on a weekly, monthly, or yearly basis? How long did they receive poor relief, and in which parts of their lives? How 'dependent' did they become on relief, and did this change as economic circumstances changed between c. 1760 and 1834? These studies have been published Economic History Review and Continuity and Change in 2015.

I am particularly interested to supervise undergraduate and postgraduate dissertations on various areas of seventeenth and eighteenth century social and economic history, including those on themes such as demographic or agricultural change, the social order, gender identity, crime, government, poverty, marriage and the family, industries and regions. I am also happy to supervise dissertations on other early modern themes, such as seventeenth century politics, popular religion and culture, and aspects of women's history. I can also give advice on using a range of sources particularly those relating to parish government, estate management, government and poor law administration, and printed pamphlets and newspapers.

Kevin Cahill working on landownership in Devon from the Return of Owners of Land in 1876 to c. 1950

Derek Janes working on the business career and smuggling activities of John Nisbet of Tweedmouth, 1750-1800

In Feb. 2009, the Poltimore House Trust approached University of Exeter for academic support and guidance about the preservation of the house and grounds, and to help prepare a Heritage Lottery Fund bid. It quickly became clear that instead of academics supplying ready-made expertise, the site (and PHT’s 300-strong volunteer base) offered an opportunity to engage more fully by creating a group of volunteer researchers who could recover and take ownership of the house’s past.

The overarching aims of the AHRC Knowledge Transfer Fellowship were for the project team (Henry French, Oliver Creighton, Penny Cunningham, Project KT Research Fellow) to work in partnership with the PHT to generate public understanding of the multi-layered history and archaeology of the building and its surrounding landscape, and to sustain this by involving local communities in the research and presentation of this heritage. Between Sept. 2010 and July 2012 the project focused on two elements:

The first element drew upon my research experience as leader of an AHRC standard research grant on the landed elite between the seventeenth and late nineteenth centuries, and Prof. Creighton’s experience in community archaeology projects, specifically his role as a co-director of a major AHRC-funded research project investigating Wallingford in Oxfordshire. The second had input from the PI & CI, and was led by the Knowledge Transfer Fellow, Dr. Penny Cunningham, drawing on her experience in XArch, community archaeology project.

Working alongside PHT, the project developed on-site educational activities with primary and secondary schools in East Devon, plus A-level students from Exeter College. During the course of the project 721 school pupils from 7 partner schools in Devon participated in 18 training and outreach events mapped to the National Curriculum (including on-site training workshops on masonry recording, archaeological survey, landscape analysis and visits to schools), including a film made by Broadclyst Community Primary School (http://elac.ex.ac.uk/poltimore-landscapes/page.php?id=152). This portfolio of sources, objects and resources has enabled PHT’s Volunteer Manager, Simon Tootell, to provide on-site School visits, and continued curriculum engagement with Broadclyst Community Primary School in 2012-13.

This volunteer network is continuing historical and archaeological landscape research in the area beyond the lifetime of the AHRC-funded project, through the creation (in October 2012) of the Poltimore History & Archaeology Group, (PEHAG) enabling the public to take forward research on this site and transfer that understanding to other historic landscapes. I am currently the chair of this group, and volunteers are working on a series of projects, including further work on the landscape history of the estate in Poltimore village post-1800, research into the gardens and gardeners at Poltimore House, research on the building history of the house in the eighteenth century, and a project to uncover the history of the vollage during World War One.

Academic research on Poltimore House has led to a jointly-authored peer-reviewed journal article published by Landscape History in 2013.

In addition I have served as a trustee for a number of regional organisations. These include:

I have served on the advisory boards of two HLF-funded research projects in Devon and Dorset, representing the History department at Exeter:

In addition to the AHRC and ESRC in the UK, I have reviewed project grant proposals for Social Science & Humanities Research Council (SSHRC) of Canada and the Netherlands Organisation for Scientific Research, Council for the Humanities.

In addition to being a periodical literature reviewer for Economic History Review and book reviews editor for Agricultural History Review, since 2001 I have written reviews for the following journals:

I took my first degree and doctorate at the University of Cambridge (in 1989 and 1993 respectively), the latter under the supervision of Keith Wrightson and Margaret Spufford. Since then, I have taught at the Universities of Central Lancashire, Manchester, Essex, and East Anglia, before coming to Exeter in 2001, being promoted to Professor of Social History in 2009. My own research has focused on the definition and social identity of ‘middle sort’ within rural society in the seventeenth century. I have published articles on this subject in a number of journals, and completed a monograph on this subject which was published by Oxford University Press in July 2007. Having worked on two research projects with Prof. Richard Hoyle at the University of Central Lancashire between 1994-99, I am also co-author of two articles on land ownership and the decline of the small farmer in early modern England. Prof. Hoyle and I published a monograph study with Manchester University Press of land ownership in the Essex village of Earls Colne in March 2007, entitled The Character of English Rural Society, 1550-1750: Earls Colne revisited. In recent years, I have pursued another theme in agrarian history – the fate of the urban common lands – in two articles published in the Agricultural History Review. I am also the editor (with Jonathan Barry) of a series of essays on the subject of ‘Identity and Agency in Early Modern England’, published by Palgrave Press in 2004, based on a research colloquium held at Exeter in September 2002. I was awarded an 3-year AHRC research award in June 2007, to study masculinity and the landed gentry between the seventeenth and early twentieth centuries, with Dr Mark Rothery. This project resulted in a Oxford U.P. monograph published in 2012, and a number of subsequent publications. Since 2010 I have also been engaged in long-term research on poverty and poor relief through a series of detailed parish case studies, which has resulted  in a number of publications in international academic jourtnals. Between 2010 and 2016 I was Head of Department in History at Exeter, and am currently serving as Interim Head of Department between Jan. & July 2020.