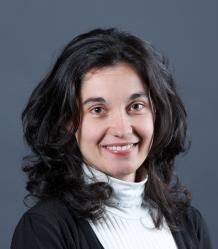 Jordina is a Lecturer in Spanish and, since September 2017, the College of Humanities has trusted her with the launch and coordination of the Foreign Language Centre's expansion in Penryn, the university campus in Cornwall. She teaches Spanish language at all levels there and coordinates a langauge provision which includes French and Mandarin as well. She is also involved in the design of the new short language courses that the university is offering to the Ministry of Defence.

She held a Lectureship in Hispanic Studies in the Department of Modern Languages and co-ordinated the Evening Language Programme within the university's Foreign Language Centre between 2013 and 2017. She organised Spanish DELE Exams for two academic years since the FLC became an Instituto Cervantes-accredited Exam Centre in 2016.

Her main research interest is the learning and teaching of foreign languages and, specially, the Content and Language Integrated Learning (CLIL) methodology . Additionally, at an institutional level, she is particularly committed to embed employability skills and research culture not only at degree level but also in the curriculum of university-wide language programmes.

Within Catalan Studies, her work focuses mainly on Visual and Popular Culture and this has deeply influenced some of the culturally-related activities that she has organised at Exeter so far: a concert on Catalan protest songs and a storytelling event.

My main research interest is the learning and teaching of foreign languages. I’m curious about different methodologies and all new e-learning tools, but specially enthusiastic about CLIL's -Content and Language Integrated Learning- multi-faceted approach which I always try to implement as much as I can in the modules I teach. Along these lines, in 2011 I contributed to a Routes into Languages project designing free-access materials to support KS5 and undergraduate students in their transition to a language degree. More recently, I have been involved in the design and delivery of the new short language courses that the university is offereing to the Ministry of Defence as a result of a successful bid which I put together in April 2017. Besides my interest in second language teaching methodology, I have also looked into the implementation and assessment of university-wide language programmes and I am particularly interested in how they integrate employability in their curriculum.

Within Catalan Studies, my work mainly focuses on Visual and Popular Culture. This area allows me to bring into my research a variety of literature and, somehow, to streamline both my education background in Social Sciences and the in-depth study of Catalan language and culture. My masters' dissertation dealt with the Representation of the City in Catalan Pop Music and the Production of a so-called Barcelona Music Scene. More recently, I have looked into both political and artistic discourses and their reception in the virtual space.

Finally, with regard to student engagement and university outreach, the most successful cultural activities I have organised at Exeter so far have been Pau Alabajos' concert on Catalan protest songs and a storytelling event about Pere Calders' short stories.

Originally from Barcelona, I first graduated in Political Sciences at the Autonomous University of Barcelona. In 2007, I started teaching Spanish as a foreign language at the University of Birmingham while still working, during the summer term, as a Human Rights consultant for the Government of Andorra at the UN Headquarters in Geneva until 2009. Between 2009-2011, I taught Spanish language at undergraduate level at Aston University where I also completed a Postgraduate Certificate in Professional Practice and became a Fellow of the Higher Education Academy.

In 2011, I was appointed Catalan Lector by Institut Ramon Llull and started teaching Catalan language and culture modules at the University of Exeter. In the following year, I was awarded an MRes in European Languages and Cultures after completion of a dissertation on contemporary Catalan Pop Music and started to work part-time as an Associate Lecturer in the Department of Modern Languages. Since then, I have convened, taught, developed and coordinated language and culture modules in Catalan Studies (2011-2014) and contributed substantially to the Spanish language modules at undergraduate level as well (mainly MLS1001 and MLS2001).

In 2013 I was promoted to Lecturer -in the Education and Scholarship family- and started to coordinate the Evening Language Programme and exploring its potential within the Foreign Language Centre until 2017. In 2016 I became a fully accredited Spanish DELE Examiner and I organised, in collaboration with Instituto Cervantes, the Spanish DELE Exams at the University of Exeter for the first two academic years.

In September 2017, the College of Humanities  trusted me with the launch and coordination of the Foreign Language Centre's expansion in Penryn, the university campus in Cornwall, where I teach Spanish language at all levels and coordinate a langauge provision which includes French and Mandarin Chinese as well.