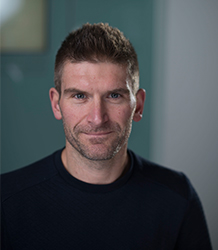 My research interests focus predominantly upon the cultural dimensions of imperialism and globalization in the Victorian period. My first book, entitled Globalization and the Great Exhibition: The Victorian New World Order, was published as part of the Palgrave Studies in Nineteenth Century Writing and Culture Series in 2009. Building upon this work, I have continued to explore how different forms of nineteenth-century Anglophone culture can be understood with relation to the heightened global connectivity and intensified world-level forces that characterized the period. My current research project draws on ecological and imperial history in order to consider how Victorian and Edwardian adventure fiction can be linked to the global growth of Britain’s meat markets. This work opens up opportunities to engage with current debates about meat-eating in the contemporary world: The Victorians caused the meat-eating crisis the world faces today – but they might help us solve it.

In teaching terms my research interests feed directly into the third-year module Imperial Encounters: The Victorians and their World as well as the MA module Critical and Literary Theory in a Global Context.

I am currently serving as the Director of Exeter’s Centre for Victorian Studies.

In my research career to date I have taken a lead in showing how critical consideration of ‘globalization’ can illuminate the way scholars understand Victorian literature, culture and society. My first book, Globalization and the Great Exhibition: The Victorian New World Order, argued that the Great Exhibition of 1851 was a decisive moment in the formation of a capitalist world picture that became extensively and durably embedded in Victorian society, that was transmitted throughout the nineteenth-century world, and that has exerted a strong hold over global politics and culture in the twentieth and twenty-first centuries. Since then I have published essays and articles considering how a range of literary and cultural forms – from Dickens’s novels to the Gothic mode to the Adventure story to geographical board games – can be understood with relation to nineteenth-century Britain’s global expansion. An Andrew W. Mellon fellowship at the Huntington Library enabled me to carry out research on the relationship between nineteenth-century literature and technologies of globalization, particularly with regard to the overseas expansion of Victorian railways.

I am currently writing a monograph entitled Carnivorous Empire: Adventure Fiction and the Global Growth of Britain’s Meat Markets, 1865-1915. The book explores adventure fiction as culturally significant, socially pervasive literature that excited as well as reflected the various attitudes, expectations, hopes and fears that arose as ever larger numbers of British people looked to distant parts of the earth to put meat on their tables. Carnivorous Empire is contracted to Johns Hopkins University Press. Funding from the Wellcome Trust allowed me to lead an international, interdisciplinary symposium entitled ‘Protein Pressures and Carnivorous Crises: Human Health, Animal Welfare and the Global Growth of C19th and C21st Meat Markets’ in 2018. The symposium, held at Exeter’s Wellcome Centre for the Cultures and Environments of Health, brought historians and literary scholars into dialogue with scientists and social scientists tasked with finding solutions to meat-related problems in the contemporary world – including researchers pioneering laboratory-grown meat and developing markets for insects.

Away from the subject of Victorian globalization, I have published work on Charles Dickens and Political Economy, Modernist literature and the world system, and co-edited a double special issue of the journal Literature Interpretation Theory entitled Neo-Victorianism: The Politics and Aesthetics of Appropriation. Together with colleagues from Exeter’s Centre for Victorian Studies I edited Victorian Literature: A Sourcebook.

As the below list of students indicates, I am interested in supervising PhD projects in many different areas of Victorian literature and culture, as well as cultural forms, phenomena and discourses associated with other historical phases of globalization. I supervise projects that are registered within the Department of History as well as English. These projects draw particularly upon Exeter’s rich C19th archival holdings as well as the scholarly expertise to be found respectively in the Centre for Victorian Studies, the Centre for Imperial and Global History, and the Wellcome Centre for Cultures and Environments of Health. The majority of my students use their research work in order to engage in interdisciplinary discussions and debates.

My recent research on Victorian and Edwardian meat markets has provided the opportunity to engage with pressing questions concerning meat-eating and the need for dietary change around the world today. ‘Protein Pressures: The Origins and Ends of Meat Markets’ was a public event I ran at Exeter Cookery School with Professor Naomi Sykes (Archaeology) in November 2018, as part of the AHRC’s Being Human Festival. It explored the archaeology, history and literary genres of meat production and consumption in order to highlight how attitudes have changed through time and with what consequences for humans, animals and the environment.

Elsewhere I have drawn on my work on Victorian literature and culture for a variety of public-facing activities. In 2014 I designed and presented “The Adventure Story,” a strand of Empire: The Controversies of British Imperialism, an online MOOC run by the University of Exeter and Future Learn. Empire was commended at the Royal Historical Society’s inaugural Public History Prize, held in November 2015. In 2012 I was the academic lead for the design and delivery of “Great Exhibitions, Great Debates”, a weekend event that formed part of the celebrations to mark the re-opening of Exeter’s Royal Albert Memorial Museum. In addition to study sessions in which academics and curators introduced the public to the Museum’s rich history and collections, the event featured a panel debate, “Victorian Values and 21st Century Britain”, chaired by the political journalist and broadcaster John Humphrys. I have also written for Northern Ireland’s contribution to the Venice Biennale (2005), presented at the Daphne Du Maurier Festival (2012), and acted as the academic advisor for The Gruesome Truth About the Victorians (Wayland, 2012).

H-Empire (a strand of H-Net: Humanities and Social Sciences Online)