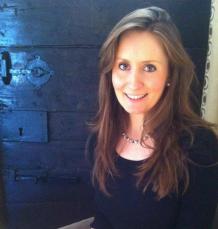 I arrived at Exeter in 2011, having taught at the Universities of Oxford and Geneva. My research focuses on the nonfictional prose of the early modern period, with a particular focus on letters and on the religious politics of the period. My research combines an interest in the stylistic qualities of early modern writing with historical research, and I particularly enjoy tracing the interconnections of lives and letters of the period. My work to date has focused in detail on well known writers such as Andrew Marvell and Thomas Traherne as well as lesser known writers such as Brilliana Harley and Lucy Robartes. I am currently working on two major editing projects for OUP: the correspondence of the nonconformist minister and prolific writer Richard Baxter, and a volume of the meditational prose and poetry of Traherne, and I have extensive experience with early modern manuscripts. My book on puritan epistolary communities, Godly Letters, is nearly complete (contracted to Palgrave Macmillan). Two further interpretive projects are at an earlier stage: a reception history of the book of Acts, and a history of the verse epistle.

Since 2011 I have co-ordinated the Exeter Care Homes Reading Project, a volunteer initiative that trains and sends English students into local care homes to read with residents. The project has garnered local and national press and TV coverage, and is supported by awards from the Annual Fund and the Headley Trust (Sainsbury Foundation). A spin-off initiative - the Intergenerational Project - was awarded £21K funding from the UPP Foundation in 2018-19. In 2015 I was awarded the 350th 'Points of Light' by Prime Minister David Cameron. Related to these initiatives, I am also interested in the ethical value of literature, particularly human dignity, and the role of literature in enhancing intergenerational cohesion.

Literature in the community:

I would be willing to supervise in any of these areas.

I grew up in the Blue Mountains, on the outskirts of Sydney, Australia, where I attended Blaxland High School. From there I went to the University of Sydney where I studied for a Bachelor of Arts, with double Honours, in English and Ancient History. Across these two Honours dissertations (on Cicero's letters and then on Briliana Harley's letters) my future research interests in the classical humanist and Christian traditions of letters in the early modern period were forged.