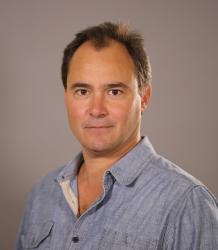 Prof. Jose Iriarte is an archaeologist and archaeobotanist whose principal research interests are:

He currently directs the ERC funded project The End of the Journey: The Late Pleistocene-Early Holocene Colonisation of South America (2019-2024) looking at the last terra incognita (other than Antartica) to be colonised by humans, a process that took place amidst one of the most significant climatic, environmental, and subsistence regime shifts in human history, which contributed to the extinction of megafauna (the most recent substantial extinction event in the geological record), plant domestication, and today’s remarkable diversity of indigenous South American groups.

Iriarte is member of the Centre for the Archaeology of the Americas and HUMANE research centres. He is also a National Geographic Explorer (watch NATGEO Explorer Festival).

Research grants include (December 2017, old projects are shown on his personal website):
Media Engagement
Iriarte's research has been highlighted in popular media including Scientific American, National Geographic, New Scientist, Science, Wall Street Journal and BBC.
Find out about more about these projects in his personal website and his publication record at ORCID-ID

Coupled human and natural systems: the legacy of past human impact in Amazonia and the Rio de la Plata Basin

Were the tropical forests of Amazonia a pristine, virgin forest inhabited by small band of hunter-gatherers or slash and burn horticulturalists passively adapting to the environment with a minimal impact on it or was it a cultural parkland, a manufactured landscape supporting large regionally organized, hierarchical societies with a larger impact on the environment? Iriarte’s international interdisciplinary projects, which bring together archaeologists, archaeobotanists, paleoecologists, soil scientists, remote sensing and biologists investigate this crucial question in several case studies across Amazonia ranging from Amazonian Dark Earth anthrosols (Nature Plants, Nature Communications) to raised-field agricultural landscapes in tropical savannas (e.g, PNAS, Journal of Archaeological Sciences). These projects have been funded by ERC, AHRC, NERC, Leverhulme Trust, the British Academy, the Wenner-Gren Foundation, CNRS-France and National Geographic Society.

Dispersal of humans in the Americas

Understanding the human journey of global colonisation is the history of modern humanity and the development of cultural diversity around the world. Through his new project, LAST JOURNEY (ERC Advanced), Iriarte will investigate the peopling of South America, the last continental terra incognita (other than Antarctica) to be colonised by humans, constituting a virtually unprecedented migration of modern humans across richly diverse, empty landscapes during the Late Pleistocene-Early Holocene transition. Situated at the geographical gateway of one of the most momentous demographic dispersals of our species, the project will explore the human dispersion into the diverse environments of north-western South America, encompassing coasts, savannahs, and tropical forests of what is today Colombia. This process took place amidst one of the most significant climatic, environmental, and subsistence regime shifts in human history, which resulted in the extinction of megafauna, plant domestication, and today’s remarkable diversity of South American indigenous groups.

Plant Domestication and the dispersal of Agriculture

José is also interested in early plant domestication and the spread of agriculture in the Americas. He uses plant microfossils, including phytoliths, starch grains and pollen from archaeological sites and lake and wetlands to research these problems. You can read his new ideas about plant domestication and early dispersal of agriculture in his co-edited book Rethinking Agriculture. Also look for his and his colleagues articles on maize (Zea mays L.) domestication in Mexico (PNAS 2009) and about early maize dispersals in Peru (PNAS 2012) and Uruguay (Nature 2004). Jose’s ideas about the diversity of early food production systems in the Americas can be read in Current Anthropology. Lately, Iriarte’s team documented the third event of rice domestication in the wetlands of SW Amazonia (Nature Ecology and Evolution). Iriarte’s laboratory of Tropical and Subtropical Archaeobotany houses one of the largest phytolith reference collections in the world.

The emergence of complex societies and its relationship to the arrival of monumental burial practices, changes in subsistence, population growth, ranking and inheritance, territoriality, and ideology are topics of major concern in archaeology. Iriarte research has shed light on these processes on the mound-building societies of SE Uruguay (Nature, World Archaeology) and the southern proto-Je of the southern Brazilian highlands (Journal of Anthropological Archaeology, Journal of Archaeological Research).

Watch New Light Under the Amazon.

Find out more at his personal web-site.

Felipe do Nascimento Rodrigues: 'Many Rocks, Many Functions? Investigating Stone Raw Material Selection, Use and its Socio-Economic Implications for Southern Jê prehistory in South Brazil'

Regina Gonda (2019): 'Pre-Columbian Land Use and its Modern Legacy in the Purus-Madeira Interfluve, Central Amazonia'

Prof.  Iriarte did his Licenciatura Degree in Archaeology at the Universidad de la Republica, Montevideo, Uruguay. After that, he pursued his Ph.D. sponsored by Fulbright Comission at University of Kentucky (USA) under the advisory of Dr. Tom Dillehay.

His dissertation, entitled "The Transforming Landscape of the Mid-Holocene and the Social Construction of Early Formative Communities in Southeastern Uruguay, La Plata Basin", was framed as a multidisciplinary study integrating both archaeological and paleoenvironmental data including phytolith, pollen, starch grain, and faunal analyses to investigate human-environment interactions and the emergence of cultural complexity.

Before joining the Department of Archaeology at Exeter, Dr Iriarte carried out a post-Doctoral Fellowship at the Smithsonian Tropical Research Institute where he participated as phytolith analyst for the project "Environmental and agricultural history in the central Balsas watershed" directed by Dolores Piperno.