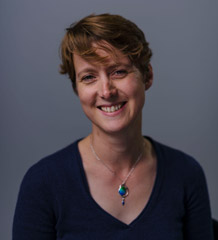 I am a member of the Department of Classics and Ancient History and the Digital Humanities Lab (DH Lab), with research interests in Latin Epigraphy. I am also an affiliated academic in the Institute for Data Science and Artificial Intelligence. As one of the authors of the EpiDoc Guidelines I am actively involved in the collaborative development of international standards for the encoding and publication of inscriptions and papyri. I have worked in the field of Digital Humanities for the past decade, specialising in the analysis and digital publication of textual materials.

I lead on international activities in the Department of Classics & Ancient History and also contribute to external partnerships in the DH Lab. In collaboration with colleagues at the University of British Columbia, Okanagan, I am currently involved in setting up a joint initiative for UG students to engage in research and interpretation of digital archives at the partner institution.

I am currently Treasurer of the European Association for Digital Humanities. I am a reviewer for the Pleiades Gazetteer of Ancient Places and one of the editors of the Digital Classicist wiki, and serve on the Linked Pasts Steering Committee and the EpiDoc Action Group.

I am Co-Investigator of UK-EI Digital Humanities Association: A Network for Research Capacity Enhancement, funded by the AHRC & Irish Research Council (with Jane Winters and Michelle Doran). With my colleague Jacqueline Christmas I hold an Institute for Data Science and Artificial Intelligence Research Award for the project Reconsidering the Roman Workshop.

Applying machine learning to the study of inscribing texts, Centre for the Study of Ancient Documents, Epigraphy seminar (Oxford; online)

I am currently supervising two PhD students, and welcome enquiries from students who would like to work on digital humanities, digital classics, or epigraphy.  If you are thinking of pursuing any of these areas please feel free to contact me to discuss this further.

I teach on the modules Digital Approaches to Archaeological Data, Global Pre-Modern, and Research Skills in Classics, Ancient History and Theology, in which I deliver a Digital Classics mini-module with Leif Isaksen.

I also teach on Sunoikisis DC, an international consortium of Digital Classics programmes, and offer training courses for staff and students on data management and digital editing.