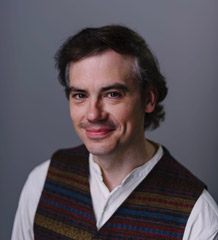 I research Western drama and theatre, particularly work from the late nineteenth century onward associated with modernism and its legacy. My scholarship seeks to illuminate previously unexamined or under-explored aspects of this work by combining textual and performance analysis with cultural history and knowledge from different intellectual fields. I also research the theatrical representation of Western 'classical' music, bridging theatre and performance studies with musicology.

My first book, Avant-Garde Theatre Sound: Staging Sonic Modernity (Palgrave, 2014), concerns sonic experimentation by avant-garde theatre artists of the late-nineteenth and early-twentieth centuries, and shows how artists engaged with the sonic conditions of modernity through innovation in dramatic form, characterisation, staging, technology, and performance style. This book was supported by a British Academy/Leverhulme grant. I won the 2015 Early Career Research Prize, awarded by the Theatre and Performance Research Association (TaPRA), for this book.

My second book, Death in Modern Theatre: Stages of Mortality, approaches modern theatre from a different angle, focusing on the ways in which dramatists and theatre-makers have explored historically informed ideas about death and dying in their work.

I was principal investigator of the AHRC research network Representing 'Classical Music' in the Twenty-First Century from 2019 to 2021. This network explored contemporary artistic and media representation of classical music as well as demographic representation in the classical music industry. I have co-edited a special collection of the Open Library of Humanities on this topic.

I am working on a co-edited book collection, The Edinburgh Companion to Modernism in Contemporary Theatre. This book, to be published by Edinburgh University Press, examines the legacy of modernism on the world stage in acts of restaging, remembrance, transmission, and slippage. It will feature over thirty contributions from scholars and theatre practitioners

In 2022 I was awarded a British Academy Mid-Career Fellowship (to commence in January 2023) to work on a research project entitled 'Orchestral Theatre: Interdisciplinary Performance Experimentation by Contemporary British Ensembles'. This project will examine music-making that challenges conventional understanding of the orchestra, of musicians as perfomers, of borders between art forms, and of orchestral repertoire.

I co-founded the Sound, Voice, & Music working group at TaPRA and I am a contributing editor of New Theatre Quarterly.

I am Director of Postgraduate Taught Study for the Drama department at Exeter.

I am collaborating with Dr. Claire Warden (Loughborough University), Dr. Nicholas Johnson (Trinity College Dublin), and Dr. Naomi Paxton (Royal Central School of Speech and Drama) on a co-edited book collection investigating the legacy of modernism in contemporary theatre, to be published by Edinburgh University Press.

I welcome enquiries from prospective PhD students on any subject relevant to my research expertise. If you are interested in working with me, please send a 500-word outline of your proposed research topic, along with a CV.

I have collaborated with The Llanarth Group (Wales), Gaitkrash Theatre Company (Ireland), and Theatre P'yut (Korea) on a co-created piece of theatre entitled playing 'the maids' -- a montage of text (primarily English-language, with some Mandarin, Korean, and Irish), psychophysical scores, choreography, and sound compositions.

playing ‘the maids’ previewed at the Granary Theatre in Cork in June 2014 as part of the Cork Midsummer Festival. It premiered at Chapter Arts Centre, Cardiff, in February 2015 before touring other venues in Wales. This tour was funded by the Arts Council of Wales.

For more information see this press release, this article in Exeunt, this essay in Wales Arts Review, and this review in British Theatre Guide.

I work to advance my students’ intellectual, creative, and personal development by offering provocations, listening to what is said and not said, and creating a relaxed, yet focused, learning environment. I design modules that relate to my research interests and specialisms. In 2017 I was nominated for a University of Exeter Students' Guild award for research-inspired teaching. I was Director of Education for the Drama Department from 2018 to 2020. I am a Senior Fellow of the Higher Education Academy and a mentor and assesor for the ASPIRE Professional Recognition Pathway, the University of Exeter's experiential route to fellowship of the Higher Education Academy (now Advance HE).

I joined the department in 2012, having previously worked at the University of Lincoln. I did my doctoral training at Northwestern University, where I was a Presidential Fellow, and completed the Interdisciplinary Ph.D. in Theatre and Drama programme in 2011. I have also studied at Boston College and University College Cork. I am originally from Cork, a city full of hills, and now live in another city full of hills.