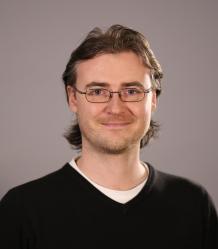 My main interests lie in Graeco-Roman medicine, especially of the Hellenistic and Roman periods. One important strand of my research looks at the ways in which medicine and philosophy interacted and influenced each other. I also have continuing interests in how Greek papyri from Ptolemaic and Roman Egypt can contribute to our understanding of ancient medicine.

Most recently, I have been working on the Greek physician Asclepiades of Bithynia, the first major medical authority to be based in Rome, around the end of the second and the early first centuries BC. He played an important role in giving Greek medicine an intellectual and cultural respectability in its new Roman context, but he is also of interest for his deep engagement with Hellenistic philosophy, in particular Epicurean atomism, which he adopted, but also deliberately modified, in developing his own theory of human physiology and pathology.

My current project at Exeter will continue work on Asclepiades, but will also focus on two earlier medical authorities, Herophilus of Chalcedon and Erasistratus of Ceos, who were both allowed to dissect and even vivisect human beings in Alexandria in the early third century BC. One of Herophilus’ most notable achievements was his identification of the nervous system and his discovery of its function in mediating sensation and voluntary motion, and Erasistratus continued and further elaborated on his research. Their work is now regarded as having established, for the first time on something like a ‘scientific’ basis, the brain as the seat of the mind. Asclepiades then went beyond these physicians in developing a comprehensive and coherent theory of mind. I aim to examine the contributions made by these three Hellenistic doctors to ancient theories of the soul and how it interacts with the body, and to understand more clearly the ways in which they were influenced by, and influenced in turn, contemporary philosophers.

Born in Co. Down, Northern Ireland, I took my BA (1998-2001), MA (2001-2002) and PhD (2003-2006), all in Classics, at University College London. My interest in Graeco-Roman medicine grew out of my doctoral thesis, supervised by Prof. Cornelia Römer and Prof. Vivian Nutton, which edited a selection of Greek medical papyri from Oxyrhynchus. I then worked as part of a Wellcome Trust-funded project at UCL to edit a larger batch of Oxyrhynchus medical papyri (2006-2010). From 2010-2013, I was a Wellcome Trust Postdoctoral Fellow at the University of Cambridge, and a College Research Associate at Jesus College, collecting the fragments of the Greek physician Asclepiades of Bithynia, before being lucky enough to move to Exeter in September 2013.