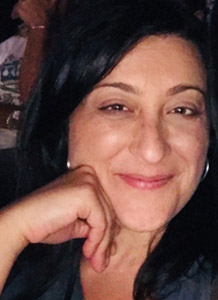 My research centres on a) ancient Greek drama, Gender and Madness b) on Wunderkultur and c) on ancient science and technology.

Some results of my research:

On Wunderkultur: I have organized a conference on wonders and miracles in 2014, in Cyprus (with S. Constantinou). Some of the papers presented in this conference have been published by De Gruyter (Recognizing Miracles in Antiquity and Beyond, 2018).

On Ancient Sciences and Technology:

The second conference took place in December 2017 at the University of Cyprus, and explored the links between the human body both with simple types of technologies, i.e., with the form and/or function of basic or advanced tools and devices, as well as with techniques and processes embedded in machines. A selection of papers, with additional commissioned contributions, is under contract with Cambridge University Press (title: Body and Machine in Classical Antiquity).

In 2019, in collaboration with my colleagues from the University of Exeter (Centre for Knowledge in Culture in Antiquity and Beyond / Centre for Medical History) and the University of Humboldt in Berlin (Classics Department, Centre of Gender Studies), we developed a project called Technosômata. In this project, which involves four workshops hosted in Exeter and Berlin, we set out to study the impact of body modification techniques (such as cosmetics, commotics, gymnastics, pharmaceutics), on the human body and the social and other ethical dilemmas that these promote, specifically as regards gender, sex, race and class. I organized the first workshop of the series called Technosomata: Sexuality, Gender, Reproduction and Technology in classical Antiquity. For more details on the Technosomata Project see: https://humanities.exeter.ac.uk/classics/research/projects/thetechnosomataproject/. A selection of papers, with additional commisioned contributions, is under contract with Liverpool University Press (title: Body Technologies in the Greco-Roman World: Technosoma, gender and sex)

In December 2019, I organized in Exeter a Conference on ‘technological animation’ supported by the A. G. Leventis foundation. The conference studied the living/moving artifact and the experience that it might offer, as the outcome of a technological procedure that exempts it from its association with illusion and artifice (http://sites.exeter.ac.uk/techanimation/).

Last year I organized a webinar (with G. Kazantzidis, University of Patras) on Ancient Medicine and Technology (https://ancientmedicineandtechnology.wordpress.com/), and a virtual workshop on the sensoaesthetic aspect of ancient materials (in collaboration with Thilo Rehren, The Cyprus Institute).(https://humanities.exeter.ac.uk/classics/research/science-technology-ancient-medicine-philosophy/ancientmaterials/)

I am currently working on one edited volume and a new monograph:

The edited volume entitled Technical Animation in Classical Antiquity (with T. Bur and I. A. Ruffell, under contract with Oxford University Press) asks how technological and material realities shaped the idea of animation and vice-versa.

The monograph Missing Persons in the Greco Roman world (to be submitted to CUP), attempts to shed light on how the condition of a person gone missing, that is, of a person who left and is ‘presumed’ missing, is conceptualised in antiquity. The discussion in this study is based on a range of sources, from Homer’s Odyssey and Greek and Roman drama to ancient medical texts, Ovid and the ancient novel. This project continues my work on drama, science, technology and its social impact and focuses, inter alia, on emotions, recognition, human identification technologies.

For a full list of my publications see: https://exeter.academia.edu/MariaGerolemou

21-22.11.2013, “Dressing Priests and Priestesses: Herodotus as a source book (Textiles and Cult in the Mediterranean the 1st millennium BC, org. C. Brons, M-L. Nosch, CTR, Copenhagen)

I am happy to consider supervising dissertations on a broad range of topics in Greek Literature and Greek and Roman technical texts. Regarding my particular research interests, please take a look at my publications.

Founding member of the Incite Theatre (with Kara Reilly and Olga Kekis)/ https://incitetheatre.org. First production is a technologised adaption of Aristophanes Clouds- a radio drama.

Phantastiko Theatre: Worked with Magdalena Zira, Crysanthi Demetriou and Maria Paulou as members of the dramaturgical team and translator of Euripides Iphigenia in Aulis (2017, http://www.apgrd.ox.ac.uk/productions/production/14112)

Hellenic Society/ Society for the Promotion of Hellenic Studies

BSHS (British Society for the History of Science)

I grew up in the Levant (Cyprus). I have read classics in Athens (BA) and Munich (PhD).