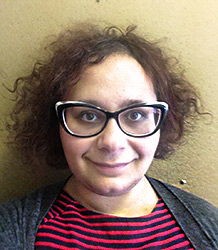 Having grown up in New Jersey, I earned a BA with High Honors in Art History and German Studies at Oberlin College before pursuing an MA and PhD in German Studies at the University of California, Berkeley. I have been the recipient of a number of research grants, including a Fulbright Award at the Institute of Art History, University of Vienna, and a Leverhulme Trust Visiting Fellowship at the School of Advanced Study, University of London. Before coming to Exeter in 2016, I was Anniversary Research Fellow in Art and Design History at Northumbria University. My interdisciplinary research focuses on the intersection of modern design, class and ethnicity in Austria-Hungary and the British Empire, and I am also interested in art historiography, museum studies, and global cultures of housing.

My current research examines the common aesthetic, political and economic practices that have shaped the intersection of architecture, fashion, graphic design, and interior design in imperial Austria, Britain, Eastern Europe, and South Asia. My book manuscript Empires of Design: Historicism, Modernity and the Politics of Global Living explores how visual and haptic modes of communication have contributed to notions of local identity and cosmopolitanism across cultural and geographical boundaries, starting with the Great Exhibition and concluding with the development of post-imperial policies of inclusive housing. In doing so, I engage with questions of class, empire and ethnicity in nineteenth- and twentieth-century design, and am informed primarily by the history of design theory (Alois Riegl, Adolf Loos, Josef Frank, Victor Papanek, Bernard Rudofsky) as well as contemporary theories of migration and postcolonialism.

I co-edited the volumes Mies van Rohe, Richter, Graeef & Co. Alltag und Design in der Avantgarde-Zeitschrift G (2013) and Imagining Blackness in Austria and Germany (2012), and have published widely on a number of topics related to visual culture in Central and Eastern Europe. I have also written the entries on Austria, Bulgaria and Lithuania for the Bloomsbury Encyclopaedia of Design (2016).

I have special expertise in the collaborative work of the sociologist Otto Neurath and the designer Josef Frank, as well as the history of Viennese housing. I also work extensively on fin-de-siecle Vienna and art of the Habsburg Empire, emigre designers after the Second World War, and global histories of architecture and design.

I have a general interest in the history of art and design in Britain, Central Europe, Eastern Europe, Japan, South Asia, and West Africa. Other interests include the intersection of museum studies and design history, migration and diaspora studies, and the curation of everyday life and the modern vernacular

In conjunction with my academic publications, I have had extensive curatorial experience in Austria, the United Kingdom and the United States. In 2015 I was co-curator of the exhibition Bilston's Happy Housing: Otto Neurath's Vision for Post-War Modern Living (Bilston Craft Gallery), which followed on my work as a guest curator of architecture and design at the Wien Museum in Vienna (2011-12).

I have supported interdisciplinary and international collaboration by presenting my research to academic, curatorial and public audiences in Austria, Germany, Portugal, Sweden, Turkey, the United Kingdom, and the United States.

I am happy to discuss research proposals on topics related to Central and Eastern European art and design history (all periods); global art history; modern urbanism; the history of nineteenth- and twentieth-century architecture and design; post-colonial visual culture; migration and diaspora studies; and museum studies.

I am deeply committed to working with audiences outside of the traditional university setting, and impact-based case studies and curatorial work are central to my research.

In 2015 I co-curated the exhibition Bilston's Happy Housing: Otto Neurath's Vision for Post-War Modern Living at the Bilston Craft Gallery. The exhibition engaged with architectural models, grapic design, home furnishings, and photography in order to communicate the culture of everyday life on a social housing estate in the immediate post-war era. I collaborated with local volunteers in conducting and interpreting archival research and design obects, as well as coordinated and moderated a panel discussion ('Where Bilston Meets Vienna') with local historians, city councillor, academic researchers, and curators from Austria and the UK. You can listen to an audio recording of the event here:

I have also been mentioned recently (August 2016) in the Guardian Cities project for my research on Otto Neurath's work in the Black Country:

Since 2013, I have been a Trustee of the Design History Society. In my role as Membership and Outreach Officer, I have coordinated programmes for greater engagement between University academics and members of the public with a general interest in design. I am also a member of the Twentieth Century Society, and a member of the Textile Society.

I have held external examining appointments at Imperial College and London Metropolitan University.