Creative Dialogues: In conversation with... 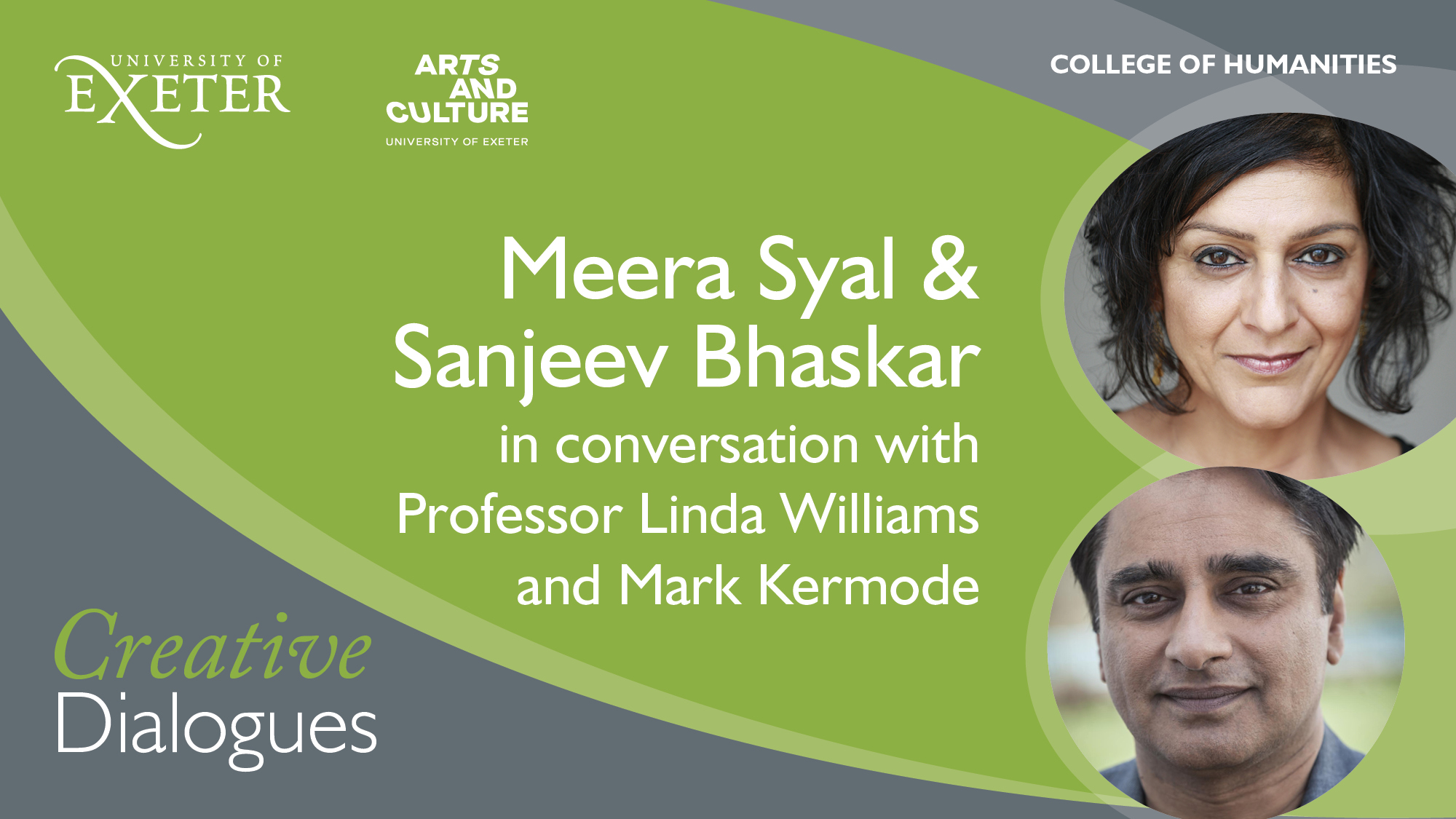 ‘Creative Dialogues’ is a series of exclusive ‘in-conversation’ events from the University of Exeter - showcasing a range of high-profile speakers who are leaders in their respective fields across the creative industries and Humanities.

They offer rare opportunities to join internationally renowned professionals and learn first-hand about their colourful careers and life works.

Information about the next Creative Dialogue will be posted here in the coming weeks.

Sign up for the Arts & Culture Newsletter here https://www.artsandcultureexeter.co.uk/

You can find out more about the previous Creative Dialogues below and on the Past Events page.

Find out more and watch the recording

This event in the Creative Dialogues series took place online on 26th May 2021, and featured award-winning writer and director Amma Asante, in conversation with Linda Williams, Professor of Film at the University of Exeter.

Find out more and watch the recording

This event in the Creative Dialogues series took place online on 19th January 2021, and featured actor, writer, presenter Stephen Fry, in conversation with Don Boyd, Hon DLitt, Honorary Professor in Film Practice at the University of Exeter. Stephen’s extraordinarily broad range of talents and achievements provided the perfect platform for Don to explore his creative modus operandi and his philosophical and sociological perspectives. Their conversation focussed on the approach to his work as an actor, writer, film director, historian and as a broadcaster. Aware of his prodigious brilliance and legendary wit, expect some surprises, anecdotes and insight!

Find out more and watch video

This event in the Creative Dialogues series featured film director and writer Mark Cousins, in conversation with Don Boyd Hon DLitt, film director, producer, screenwriter and novelist, and Honorary Professor in Film Practice at the University of Exeter.

British Journalist and renowned fashionista, Alexandra Shulman CBE, joined for the second in the series of Creative Dialogue events.

Don Boyd, film director, producer, screenwriter novelist, and Honorary Professor in Film Practice at the University of Exeter, will explore Alexandra’s vibrant career, including her time at British Vogue, as the longest serving editor-in-chief.