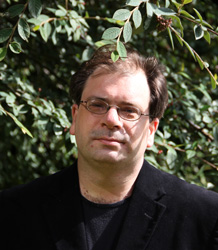 • Soviet prisoners of war during WWII

• Civilian populations in war and the social history of warfare

• The Holocaust in Poland

• The cultural history of the Holocaust

• Collaboration with Nazism, in particular the ‘Trawniki men’

• Wartime knowledge of Nazi atrocities and the Holocaust

Recent conference and seminar papers with links to programs

‘The System of Camps for Soviet POWs, Civilians and Jews in Military-Occupied Russia and Belorussia, 1942-1944’, presented to Yahad in Unum and United States Holocaust Memorial Museum Symposium on ‘Nazi Camps in the Occupied Soviet Territories’, Ecole Normale Superieure, Paris, September 2011

‘From krasnoarmeitsy to Kriegsgefangene: The Disintegration of the Soviet Western Front and the German War of Annihilation in 1941’, presented at conference ‘Ten Lectures on the War’ at the German Historical Institute, Moscow, June 2011

‘Holocaust Denial in the Age of Web 2.0: Negationist Discourse Since the Irving-Lipstadt Trial’, presented at workshop ‘A Contextual View of Holocaust and Genocide Denial’, University of Leicester, September 2010

Due to my research expertise, I was consulted for particular legal cases by the Metropolitan Police War Crimes Unit and State Attorney’s Office in Ludwigsburg regarding conscripted prison guards at Trawniki and Birkenau in World War Two.

After graduation I worked for a number of years as a music journalist and magazine editor, a career I left to pursue postgraduate study. I undertook my doctoral work at King’s College London,  researching German occupation policy in Belorussia and Russia during the Second World War, in particular focusing on the policies of the German Army towards the Soviet civilian population.  While completing my PhD, I held a Charles H. Revson Fellowship at the Center for Advanced Holocaust Studies of the United States Holocaust Memorial Museum. I  taught history at King’s College London, Queen Mary, University of London and the University of Bristol before coming to Exeter in 2010.

In addition to my interests in the Russo-German War and the Nazi occupation of the Soviet Union, I am also active in researching the Holocaust from a variety of perspectives. I have published several articles on the theme of Allied wartime knowledge of the Holocaust and other Nazi atrocities, and am currently researching the history of the Auschwitz-Birkenau extermination camp. In 2010-2011, I served as a historical consultant on a recent war crimes investigation in the UK. Along with other academics and non-academics, I am a member of the team running the Holocaust History Project documentation website. I have also engaged with the phenomenon of Holocaust denial from a historical as well as a contemporary perspective.