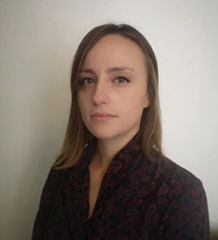 I am a social historian of the maritime world, c. 1750 - 1850. My research examines shipboard society, and how built and natural environments shaped the lives of those who went to sea during the eighteenth and nineteenth centuries. My work to date has focused on maritime labour, skill, work and masculinity on Royal Naval ships during this period, exploring how the naval ship was understood by its socially and culturally variegated population.

I am currently working on a new project which looks at the environmental history of early British steam vessels, examining the changing relationship between technology, skilled work and the natural world during the first half of the nineteenth century.

My recent writing has examined the historical geography of the lower deck and the warship as a space of sonic protest, analysing the specific nature of maritime labour and identity whilst writing seafaring back into social and cultural histories of the period.

I am a member of the Centre for Maritime Historical Studies at University of Exeter.

My research interests lie within the fields of social, environmental and maritime history. I am interested in how studying maritime history can elucidate connections as well as divisions, and in how modern identities were formed through imagined and physical relationships with the sea.

Since completing my PhD in 2016, I have worked across various forms of public history with heritage organisation and museums, as well as on arts and history television programming. I was employed at University of Edinburgh as the public history co-ordinator of a Heritage Lottery Funded project on geographies of social housing, and have worked in research and production for BBC 1 and BBC 2 arts and history programming.

I am also currently Consultant Editor on 'Life at Sea, 1600 - 1900', a digitisation project making a wealth of primary sources available for students and historians.