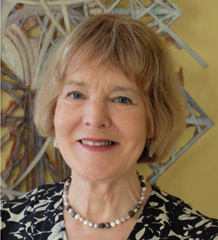 Helen Taylor FRSA FEA is Emeritus Professor of English.  In 2011 she was elected Honorary Fellow of the British Association of American Studies for her distinguished contributions to the subject. Having taught English and American literature and Women's Studies at the universities of Louisiana State, West of England, Bristol and Warwick, she moved to Exeter in 1999 where she was Head of English and University Arts and Culture Fellow. She was Leverhulme Emeritus Fellow 2016-18.

She has published widely on American southern literature and culture, and is also known for feminist critical articles and editions, as well as engagement with radical pedagogy. Her books include Gender, Race, and Region in the Writings of Grace King, Ruth McEnery Stuart, and Kate Chopin (1989), Scarlett's Women: Gone With the Wind and its Female Fans (1989, translated into Finnish and Japanese), with Richard H. King, Dixie Debates: Perspectives on Southern Cultures (1996), Circling Dixie: Contemporary Southern Culture through a Transatlantic Lens (2001) and The Daphne du Maurier Companion (2007). In recent years she has published on the transatlantic historical and cultural significance of the Storyville District of New Orleans, 1897-1917, as well as the post-Hurricane Katrina cultural revival of New Orleans. In 2015 she produced a British Film Institute Film Classic on Gone With the Wind.

She served on the AHRB 2000-2003 and convened the AHRB Postgraduate Panel. She was a member of the RAE 2008 American Studies and Anglophone Area Studies Sub-Panel. She has programmed for, and been on the Boards of, several literature festivals. She was the Director of the first two Liverpool Literary Festivals, 2016 and 2018.

Her latest book, from OUP,  is Why Women Read Fiction: The Stories of Our Lives (2020).