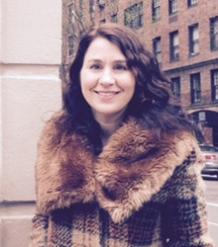 My research interests are in the fields of twentieth-century women's writing, Irish, British, and North American literature, transatlantic literary studies, writing and revolution, anti-colonial history and intergenerational memory, and migration and diasporic identity.

I am interested in the ethics and painful difficulty of writing about decolonisation and anti-colonial history -- I am currently trying to write about this in relation to the traumatic impact and aftershocks of the Irish War of Independence and the Irish Civil War and am completing an essay collection on the subject, Resting Places: On Wounds, War, and Revolution.

I have a special interest in New York magazine culture and recently published four essays on Maeve Brennan's writing for The New Yorker, including '"A Sort of Rathmines Version of a Dior Design": Maeve Brennan, Self-Fashioning, and the Uses of Style' for Women: A Cultural Review and an article on Brennan's years at Harper's Bazaar, 'Maeve Brennan, Celebrity, and Harper's Bazaar in the 1940s'.

I have received a number of awards for research, including an AHRC Fellowship, a Fulbright Scholar Award, and a British Library-Eccles Centre Visiting Fellowship in North American Studies.

My Office Hours for this term fall on Monday (In Person -- Room 214, Queen's) and Tuesday (Virtual -- via Teams) -- you are welcome to sign up for a meeting here