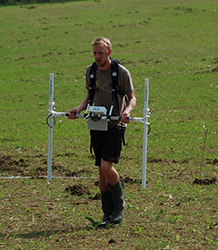 Duncan is an Honorary Research Fellow in the Department of Archaeology who specialises in medieval settlement and landscape archaeology. His research is primarily concerned with the articulation of elite power, and he has worked either side of the traditional 'early-late' medieval divide while exploring this broad theme. Duncan's current research interests include the role and status of early medieval metalworkers, and the transformation of high-status residences in tenth to twelfth-century England. He is an active field archaeologist, and co-directed the Little Carlton Project which was shortlisted for Current Archaeology's Research Project of the Year in 2017. Duncan is Lecturer in Medieval Archaeology and Archaeological Practice at Newcastle University. He is also Fellow of the Society of Antiquaries, Fellow of the Higher Education Academy, and Member of the Chartered Institute of Archaeologists.