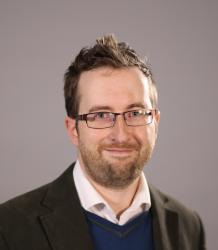 My research centres on how societies understand and memorialise events of suffering. Much of this has focused on responses to the Holocaust, but I am currently researching emerging memorialisation of the Covid-19 pandemic.

My current AHRC-funded project is partnered with the Marie Curie charity and their ‘National Day of Reflection’ initiative. Looking at the wider picture of how memorialisation of the pandemic is beginning to develop in Britain, and drawing comparatively on historic precedents, the project considers the social, political, and religious elements of how we begin to develop new public rituals and memorial spaces amidst experiences of Covid-19.

My most recent book is Holocaust Memory and Britain’s Religious-Secular Landscape, published with Routledge in 2020. It was based on a Leverhulme Trust fellowship held during 2019-2020 and is the first study to examine Holocaust remembrance and British religiosity/secularity in relation to one another. Its first half gives attention to the varied meanings of public Holocaust memory for Jewish, Muslim, Christian, and post-Christian communities. In its second half, focus turns to the ways in which state-supported Holocaust remembrance activities are intertwined with perceptions of sacredness. This incorporates the study of ritual memorialisation events, the creation of new sacred space, and the curation of pilgrimage to Holocaust sites. The monograph breaks new ground as an interdisciplinary treatment of Holocaust studies and religious studies, arguing that critical consideration of this interface is necessary for a better understanding of both contemporary British public life and for a sustainable culture of remembrance and national self-examination.

My earlier 2012 monograph, The Book of Job in Post-Holocaust Thought, was situated at the interface of biblical studies and Holocaust studies. It considered the use of Job’s archetypal story amidst Jewish reflections on persecution during the Nazi period, highlighting the extent to which interpretive traditions, contemporary politics, and debates about history shape the meaning given to the biblical text.

I am currently director of the Network for Religion in Public Life at the University of Exeter.

The majority of my research to date has focused on religious responses to the Holocaust. Key publications include Holocaust Memory and Britain’s Religious-Secular Landscape (Routledge 2020) and The Book of Job in Post-Holocaust Thought (2012). Forthcoming work in this area includes ‘The Religious Challenges of Linking Holocaust Memory with Colonial Violence’, a chapter in the new Routledge Handbook of Religion and Genocide.

I am currently supervising a range of projects on Holocaust memory and other areas.

Please do get in touch to discuss potential projects on religion and memory. Have a look at the other profile tabs to see more detail concerning my current work. I am happy to discuss research proposals on any related area so do feel free to get in touch via d.c.tollerton@exeter.ac.uk

I have written on religion, memory, and contemporary politics for The Guardian, The Times Higher Education, and The Conversation, as well as speaking on BBC radio and at a range of public and school events in around the country. Here are a range of media and blog pieces published:

‘What can History Tell Us About How to Memorialise the Pandemic?’, Talkabout published by the Marie Curie Trust, 3 August 2020.

'Comparisons Between US Immigration Policy and the Nazi Period may not be Helpful, But They are Hard to Avoid', The Conversation, 25 June 2018.

'Scrap Thought for the Day - For the Love of All that is Holy', The Conversation, 2 November 2017.

'The Problem with London's New Holocaust Memorial', The Conversation, 26 October 2017.

‘In the Age of Trump, Why Bother Teaching Students to Argue Logically?’ The Guardian, 15 November 2016.

‘Should We Compare the Refugee Crisis and the Holocaust in the Lecture Hall?’ Times Higher Education, 8 September 2015.

‘Texas Shooting is a Pointless Chapter in the Story of Intolerance and Extremism’, The Conversation, 8 May 2015.

‘Comparing Hamas to Biblical Cult of Child-Killers is Neither Accurate Nor Helpful’, The Conversation, 20 August 2014.

I am a Fellow of the Higher Education Academy and was recently nominated by my students for several Guild teaching awards.