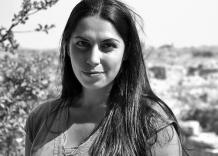 I'm Professor of Hebrew Bible and Ancient Religion here at the University of Exeter.

I studied Theology at the University of Oxford, where I also completed my doctorate. I spent a further three years teaching and researching in Oxford as a Junior Research Fellow, before joining Exeter's Department of Theology and Religion in 2005. I was appointed to a personal chair in 2011. Alongside my research and teaching, I also undertake various media activities, including writing and presenting the BBC TV documentary series Bible's Buried Secrets, which was recently re-aired on Netflix US.

My research is primarily focused on ancient Israelite and Judahite religions, and portrayals of the religious past in the Hebrew Bible. More specifically, I'm interested in biblical traditions and ancient religious practices most at odds with Western cultural preferences, especially those bound up with the materiality and sociality of the body - whether living or dead, divine or human. My most recent book deals with ancient constructs of God's body: God: An Anatomy (Picador/Knopf 2021) was shortlisted for the Wolfson History Prize, named as one of the Economist's best books of of the year, and serialised in abridged form on BBC Radio 4's Book of the Week.

My first book explored the misrepresentation of the religious past in the Hebrew Bible: King Manasseh and Child Sacrifice: Biblical Distortions of Historical Realities (de Gruyter, 2004). In Land of Our Fathers: The Roles of Ancestor Veneration in Biblical Land Claims (T&T Clark, 2010), I furthered my somewhat morbid interests by examining the relationship between the veneration of the dead and territorial claims in the Hebrew Bible. The dead have proved to be stimulating company: I've since published a number of works examining the social and religious impacts of the human corpse upon the living, and I'm currently working on a monograph called The Social Life of the Corpse - Within and Without the Bible (forthcoming).

Alongside my expertise in ancient Israelite and Judahite religions, my research interests include material religion; ancient constructs of the body and personhood; anthropological and archaeological approaches to ancient religion; mythology and ritual; kingship in ancient southwest Asia; history and ideology in the Hebrew Bible; methods of historical reconstruction; constructs of ‘popular’ and ‘official’ religion; and ‘secular’ approaches to teaching and learning in biblical studies. I supervise a number of doctoral students working on a wide range of topics pertaining to the Hebrew Bible/early Judaisms and the socio-religious cultures of ancient southwest Asia.

I teach a range of undergraduate and postgraduate modules focusing on the Hebrew Bible and its texts, ancient religions, the early cultural history of God, the role and place of the Bible in the modern world, and religious constructs of the body in ancient and contemporary societies.

I supervise a number of doctoral students. I am happy to consider working with candidates with interests in the following areas: any aspect of ancient Israelite and/or Judahite societies and religions, including their mythologies and rituals; the history and literature of the Hebrew Bible; reconstructions of the past in biblical studies; divine and human gender and sexuality in ancient southwest Asia; materiality and material-critical approaches to the study of ancient religions; anthropology of ancient religions; anthropology of the societies giving rise to the Hebrew BIble and/or early Judaisms; cultures of the body in ancient southwest Asian societies.

Stuart Macwilliam, ‘Queer Theory and the Prophetic Marriage Metaphor in the Hebrew Bible’

Alongside my media work (see below), I also undertake a number of public speaking events. These include lectures at the British Museum and Smithsonian, events at the Hay Literary Festival and the London Thinks series, as well as lectures for Jewish synagogue communities, Christian cross-denominational societies, and atheist organisations. As a patron of Humanists UK, I have lectured on the roles of the BIble, religion, and atheism in ancient and contemporary societies at a number of Humanist conventions and conferences.