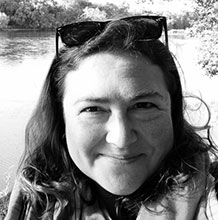 I studied for my undergraduate degree in Theology & Religious Studies (University of Manchester) and then qualified as a teacher (PGCE). Having taught Religious Studies and Philosophy in UK secondary schools for many years, I returned to university and specialised in Biblical Studies for both my MA and PhD at the University of Exeter.

I am an interdisciplinary researcher, mainly drawing on resources from Anthropology to inform my approach to biblical interpretation. My AHRC-funded doctorate focused on cross-cultural interpretations of a series of New Testament texts. These were gathered during fieldwork conducted in Namibia. My PhD also examined the religious landscape of Northern Namibia (the Owambo region), investigating the interactions between Christianity and indigenous worldviews and practices.

I taught the Body & Culture (LIB1103) module in the Liberal Arts programme at the University of Exeter (2017).

Currently, I am the Co-investigator on a project entitled 'Disability and Embodiment in Namibia: Religious and Cultural Perspectives’, led by Professor Louise Lawrence. We are undertaking this project in partnership with the University of Namibia: http://blogs.exeter.ac.uk/disabilitynamibia/

I am currently the co-investigator on a project entitled 'Disability and Embodiment in Namibia: Religious and Cultural Perspectives', funded by the GCRF/AHRC. See http://blogs.exeter.ac.uk/disabilitynamibia/

My doctorate (awarded April 2016, supervised by Dr. Louise J. Lawrence and Professor David G. Horrell) brought together enduring interests in biblical interpretation, Anthropology, and the cultures of Southern Africa. Funded by the UK’s Arts and Humanities Research Council, I undertook a study of contemporary biblical interpretation and identity (in light of pre-colonial beliefs and traditions) in a Northern Namibian village. This interdisciplinary study drew upon methodological influences from both Anthropology and Biblical Studies. It involved 12 months of fieldwork (ethnography and contextual biblical interpretation) in a village in the Ondonga area of North-Central Namibia. This study has been published by Brill in its Biblical Interpretation Series (176) as Biblical Interpretation and African Traditional Religion: Cross-Cultural and Community Readings in Owamboland, Namibia (2019).

In a project entitled ‘Disability and Embodiment in Namibia: Religious and Cultural Perspectives’, Professor Louise Lawrence and I are collaborating with the University of Namibia (see http://blogs.exeter.ac.uk/disabilitynamibia/). We will be building a network of expertise on diverse forms of embodiment with academics, activists and church representatives, as well as state and traditional authorities. We will be working with the National Federation of People with Disabilities in Namibia, the Evangelical Lutheran Church in Namibia and universities in South Africa (KwaZulu-Natal, Western Cape) and building a network of academics across Southern Africa (University of KwaZulu-Natal, University of Stellenbosch, University of Zambia).

I am teaching the undergraduate Liberal Arts module Body & Culture (LIB1103) at the University of Exeter in 2017, whilst also assisting on ‘Deviant Bodies’: Disability Studies and the New Testament (THE3179) and pursuing my own research interests. I am currently focusing on publishing outputs from my doctoral study and developing a multidisciplinary project on landscapes in the New Testament. Whilst I might dream of researching and travelling through the landscapes of Southern Africa in a well-equipped Land Rover, I have a suspicion that I will be waiting a long time for such a job to be advertised. I look forward, instead, to further opportunities to combine my loves of research and teaching in a Theology and Religion or Liberal Arts setting.