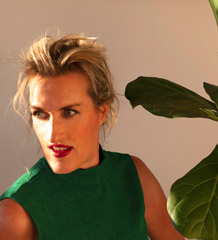 I am an Associate Professor in Literatures and Art History and Visual Culture. My main areas of expertise are:

•   Literature and Culture of the Long Nineteenth Century

I am happy to work with candidates on PhD topics in the following areas:

Please do email me if you have coinciding interests.

I have supervised PhD theses on the subjects of eco-criticism and landscape in Romantic literature, on the 'Pin-up,' sexuality and gender, and on postmodern fantasy, 'splatterpunk,' and postcolonialism, on materialism, manuscripts and the poetry of Percy Bysshe Shelley (Bysshe Coffey).

I am currently supervising PhD theses on sensation fiction and modernity (James Green), on masculinity, European style, and Chinese 'face' in the art of Xu Beihong (Aihua Zhou), and on women's bodies, maternity and caricature in the eighteenth century (Katie Snow). I am also co-supervising theses on Victorian spiritualism and queer sexuality and modern gothic literature.