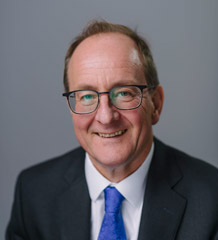 My research centres on twentieth-century British political history, the history of party and policymaking, and international Communism in the era of the Communist International. I have worked extensively on the history of the Labour party, and also on Communist party history, but my interests are not confined to the parties of the left. My most recent book analyses the organisation of all the major parties in Britain during the Second World War. I am now working on a project on the Labour leader, trade unionist, Methodist, statesman and Nobel Laureate Arthur Henderson (1863-1935).

In my current role as Pro Vice Chancellor and Executive Dean of the College of Humanities I have overall responsibility for around 4,000 students and more than 200 academic staff across a wide range of disciplines - Archaeology, Art History and Visual Culture, Classics and Ancient History, Creative Writing, Drama, English, Film, History, Modern Languages, and Theology and Religion. I am a member of the University's Vice Chancellor's Executive Group, Senior Management Group, and Senate. I also am a Fellow of Royal Historical Society.

My research centres on twentieth-century British political history, the history of party and policymaking, and international Communism in the era of the Communist International. I have worked extensively on the history of the Labour party, and also on Communist party history, but my interests are not confined to the parties of the left.

My latest book, published by OUP in January 2009, investigates the organisation of all the major parties in Britain during the Second World War. This project was funded by the British Academy and the AHRC and made extensive use of constituency-level records, as well as national party records and the papers of politicians.

I am currently researching the life and career of Arthur Henderson (1863-1935), with the support of a British Academy award. Henderson was a pivotal figure in the early history of the Labour party, one of its first MPs, three times its leader, architect of its 1918 constitution, and a senior minister in the first two Labour governments of 1924 and 1929-31. He was also important as a leading lay Wesleyan Methodist, and as a trade unionist, while in his later years he emerged as one of Labour's foremost experts on foreign policy. After serving as Foreign Secretary between 1929 and 1931, he went on to serve as president of the World Disarmament Conference at Geneva (1932-4), being awarded the Nobel Prize for Peace in 1934. This major figure lacks a detailed modern biography covering all aspects of his work: this project aims to use hitherto under-utilised sources to provide such a study.

‘Nina Fishman’s Arthur Horner and labour biography’, conference on biography and identity in the making of British radicals, Swansea, UK, May 2010

Twentieth-century British history remains a vibrant field of study. I have supervised research postgraduates in a range of areas. Exeter is, of course, a prime location from which to study the South-West of England, and the sources both at the University, in the city and a little further afield are very rich for a number of topics. However, as can be seen from my own list of publications and the topics that I have researched at doctoral level, Exeter is also a good location from which to pursue national-level topics. Its good transport links, in particular, mean that it is not difficult to get to archives and libraries in London, the midlands, South Wales, or, indeed, archives further north. In particular, my extensive experience of using the holdings of local record offices all over Britain means that I am able to offer advice as to which topics are more or less viable according to the location of archives and the student's ability to travel.

I would be especially keen to supervise students in the following broad areas, although the list is by no means exclusive:

Of course, each of these categories in itself contains dozens, if not hundreds, of possible PhD research topics: the categories are merely broad indications of the kinds of fields that are available. I would be happy to discuss with potential research students the possibilities of research in any area of twentieth-century British history: see http://humanities.exeter.ac.uk/graduateschool/ for more information.

Ullin Jodah, ‘The British Labour Party and the Hungarian Social Democrats 1945-9’, University of the West of England PhD, 2002 (external supervisor)

Richard Wevill, ‘The Washington Embassy and Anglo-American relations, 1945-48’, PhD, 2010 (published as Britain and America after World War II: Bilateral Relations and the Beginnings of the Cold War, I. B. Tauris, 2012)

I have also acted as an external examiner for PhDs at a number of universities in the UK and abroad.

I believe firmly that there is no dichotomy between the academic world on the one hand and an imaginary 'real world' on the other. Each needs the other. With that in view, I am keenly committed to wider engagement between the two. In my own case this involves participation in a number of activities, including speaking to groups of enthusiasts about aspects of Labour history, working with the History and Policy group on trade unions, and - in my role as Dean - attempting to form partnerships with external bodies for the benefit of our staff and research students.

I have been the Honorary Editor of the Devon and Cornwall Record Society since 1998 (see http://www.cs.ncl.ac.uk/genuki/DEV/DCRS/)

I am a member of the Editorial Boards of the following journals:

I appear from time to time on radio and TV. I was the guest on BBC Parliament's BookTalk when the 3rd edition of my History of the British Labour Party was published, and have most recently appeared on the BBC News Channel commenting on the Labour party's relationship with the trade unions. I also write periodically in the press.

I have taught for over 20 years on a wide range of modules in British, European and American history. Most recently, I have taught modules on The History of the British Labour Party; Party Politics in Second World War Britain; Twentieth Century Britain; and International Communism and the Communist International, 1919-43. My most recent MA teaching was on the module Interpreting British Party Politics. I have always been keen to ensure that my research enriches my teaching to a very considerable extent, and regard it as vitally important that students should emerge from my modules with a very clear sense of the challenges and opportunities that face historians in my field. I remain keenly interested in teaching matters, and am a Fellow of the Higher Education Academy.

I attended the Gosforth and Henry Fanshawe Schools in Dronfield, North-East Derbyshire. In 1980, I went to the University of Birmingham to study for a B.A. in Medieval and Modern History, graduating with first-class honours in 1983. After a year spent as a Repairs Ordering Clerk in the Housing Department of Sheffield City Council, I returned to academic life in October 1984 when I entered the University of Sheffield to research for a PhD in History, under the supervision of Dr John Stevenson. I was awarded the PhD for my thesis, on ‘The British general election of 1931’, in 1988. I was appointed to a Lectureship in History at the University of Exeter in 1987, being promoted to Senior Lecturer in 1996 and Professor of Modern British History in 2002. I was Head of the Department of History between 2004 and 2007, and from then until 2010 was Deputy Head and Director of Research of what was then the School of Humanities and Social Sciences. I was Associate Dean for Research and Knowledge Transfer in the College of Humanities from 2010 to 2014. I became the Dean of the College of Humanities in August 2014, and took on the newly-formed role of Pro Vice Chancellor and Executive Dean of the College in August 2015.