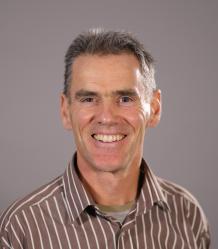 I am currently working on the meanings and impacts of colonial disintegration, focusing primarily on the interactions between decolonisation and globalisation. I hold a three-year Leverhulme Trust Major Research Fellowship Globalising decolonisation: connecting processes of global transformation.

I am especially interested in patterns of empire collapse and the nature and extent of political violence during contested decolonisation. An earlier outcome of this work is Fight or Flight: Britain, France and their Roads from Empire, a book published with Oxford University Press in 2014 (http://ukcatalogue.oup.com/product/9780199698271.do).

Between 2016 and 2019 I was Principal Investigator on a Leverhulme Trust network grant, Understanding Insurgencies: Resonances from the Colonial Past. Based in Exeter's Centre for War, State and Society (CWSS), the network brought together six partner institutions: in the UK. the Universities of Warwiick, Oxford and Glasgow; overseas, KITLV Leiden, Sciences Po, Paris, and the Université de Québec, Montreal. More details are available at: http://understandinginsurgencies.exeter.ac.uk

My research has also focused on contested access to colonial economic resources and forms of state violence within colonial societies, notably in North Africa. Working with a Leverhulme Trust Research Fellowship between 2009-12, I completed a three-year project on 'Political Economies of Empire Violence and Police Repression'. The work centred on comparing the nature and scale of police intervention during colonial labour disputes, urban protests, and anti-colonial violence in the Depression era of the 1920s and 1930s. Ranging from North Africa to French Vietnam, a central proposition of this research is that policing of the colonial workplace remained a more significant priority for security forces than repression of anti-colonial nationalism. The resulting book, Violence and Colonial Order: Police, Workers and Protest in the European Colonial Empires, 1918-40, was published by Cambridge University Press in 2012. (http://www.cambridge.org/9780521768412)

I previously worked with my colleague Professor Richard Toye on a further Leverhulme Trust research project on 'The Rhetoric of Empire: Managing Imperial Conflict between Britain and France'. Hosted by CWSS, the project compared the behaviour of British and French political elites by examining the language and rhetorical devices they employed during highpoints of colonial confrontation.

My research interests focus on the following broad themes:

My current research addresses two big questions: Was the end of formal empire a global revolution? And what were the underlying political economies of colonial violence in particular places? These questions feed into my work on European decolonization and the socio-economic determinants of coercive policing in North Africa, the Caribbean and colonial South East Asia. This is a development of my previous research into the role of information collection and political surveillance in ordering colonial societies. As part of that work, between 2008 and 2010, I was chief investigator on the ESRC project ‘Cultures of Repression: the Legacy of Colonial Violence and State Repression in the Maghreb’.

May 2019: Co-imperialism, Biopolitics, and the Absence of Imperial Peace after 1919,' Visions of Global Order conference, University of Glasgow.

From April to June 2019 I was a fellow of the Netherlands Institute of Advanced Studies, Amsterdam, working with colleagues on a long-term research project, Comparing the wars of decolonization: Extreme violence during reoccupation and counter-insurgency, 1945-1975.

I am happy to offer research supervision in the following broad areas:

I have supervised PhD students working on various facets of French, imperial, and international history in the twentieth century. Their research topics have followed two channels: French political and social history and histories of colonial disintegration and violence. These have included doctorates on the following topics:

First Director of the University’s Centre for the Study of War, State and Society

Member of the Editorial Advisory Board: Intelligence and National Security, War & Society.

Member of the Study Group on Intelligence

Member of the editorial board for Cambridge University Press Studies in the Social & Cultural History of Modern Warfare.

Martin studied Modern History at Oxford University, graduating in 1985. He returned to Oxford where he completed his D.Phil in 1991. He taught at the University of the West of England, Bristol for eleven years before joining the Exeter History Department in 2003. He was awarded a Philip Leverhulme prize for outstanding research in 2002 and has been both a Leverhulme Trust Research Fellow and a fellow of the Independent Social Research Foundation.

He is the author of ten books and several articles and book chapters on various aspects of decolonization, French foreign and colonial policy, colonial security services, violence and colonialism. His study of colonial 'intelligence states', Empires of Intelligence: Security Services and Colonial Disorder after 1914 was published by the University of California Press in 2007. A co-authored study of the collapse of European colonial empires, Crises of Empire: Decolonization and Europe's Imperial States, 1918-1975, was published by Hodder Education in 2008. A further comparative study, Violence and Colonial Order: Police, Workers and Protest in the European Colonial Empires, 1918-40, was published with Cambridge University Press in 2012. Recent works include Fight or Flight: Britain, France and the their Roads from Empire, and, with Richard Toye, Arguing about Empire, both books published with Oxford University Press in 2014 and 2017 respectively. In 2019 Martin and Andrew Thompson co-edited The Oxford Handbook of the Ends of Empire.

Martin is Co-Director of the Centre for Histories of Violence and Conflict (CHVC), a research centre dedicated to the study of histories and conceptualizations of collective violence. He is also a member of the British International History Group, the French Colonial History Society, and the Study Group on Intelligence, and has served on the editorial boards of the International History Review, Intelligence and National Security, Diplomacy & Statecraft, War & Society, French Historical Studies, and the Cambridge University Press series Studies in the Social & Cultural History of Modern Warfare. In 2016 he was a professeur invité at Sciences Po. Saint-Germain-en-Laye and held a three-month fellowship at the Netherlands Institute of Advanced Studies in 2019.