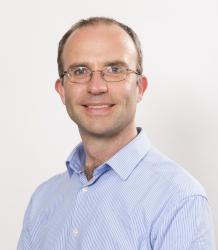 Associate Professor of the History of Science and Technology

My research centres on the history of the physical sciences in the period roughly 1750-1930, the relationship between the sciences and occult, and the history of telecommunications since 1800.  I have also worked on the ways in which the Victorian mass media engaged with scientific, medical and technological issues and on the social and cultural history of mathematical physics.  I am currently finishing a monograph on the relationship between physics and psychical research in Britain in the decades around 1900 and developing a more recent interest in the history of research and development in cable and wireless businesses from 1850 to the 1930s.

My research embraces the historical relationships between, on the one hand, Western sciences, and on the other, wider aspects of human culture, including religion, the occult and esotericism, technology, industry, and the mass media.  I have long been interested in the fascination of Victorian scientists (and in particular, physicists) for spiritualist mediumship, telepathy, apparitions, water divining and other phenomena grouped together as 'psychical'.  This fascination continued long after the Victorian period with the intriguing interest of post-Second World War physicists in the 'spooky' implications of quantum mechanics.  This research will culminate in a forthcoming book, although I doubt whether I'll ever be able to leave this subject alone.

Among the Victorians with strong psychical interests were some electrical engineers who made their reputations and incomes from new electrical forms of communication, including submarine cable telegraphy and radio.  I have recently looked at these figures from an alternative perspective: how far to their achievements challenge the historiography of British industrial research?  In a recent article I argue that their research and inventive activity does indeed suggest that in this growing part of the service sector (a sector traditionally neglected in studies of industrial research), research was not as moribund as many historians have suggested.  I will be developing this much further in a forthcoming monograph.

I was a Postdoctoral Research Fellow on the joint AHRC- and Leverhulme-funded 'Science in the Nineteenth Century Periodical' at the Universities of Leeds and Sheffield, 1999-2002.  The project produced an annotated online index of the scientific, medical and technology content of several major generalist periodicals published in Britain between 1800 and 1900: http://www.sciper.org/

I was Principal Investigator on an 18-month AHRC-funded project on cable telegraphy in Cornwall between 1870 and 1918.  This was a joint venture between the University of Exeter and Porthcurno Telegraph Museum and resulted in a major exhbition at the museum and an online database of archive materials: http://www.porthcurno.org.uk/nerve-centre/digital-archive

I have collaborated with Porthcurno Telegraph Museum on 'Connecting Cornwall: Telecommunications, Work and Locality in West Cornwall, 1870-1918', and received an AHRC research grant for the project in 2008: http://www.porthcurno.org.uk/nerve-centre/digital-archive

I am now on the advisory board and a workshop convenor for the AHRC-funded 'Oliver Lodge Research Network', a collaborative venture with the University of Leeds and other institutions.

The history of science is one of the major growth areas of historical research and teaching. Drawing on the insights of anthropological, geographical, literary, philosophical and sociological studies of science, it is a highly interdisciplinary and exciting branch of history which has changed considerably since the post-war period when it focussed almost exclusively on the progress of ideas about nature and cosmos. As an enterprise that now explores the material, political, social, cultural, technical, and other resources that are necessary for making scientific knowledge and scientific authority, scholars from the full range of humanities and social science disciplines have much to bring to the history of science.

The University of Exeter is a particularly good environment for doing exciting new work in the history of science. The Streatham campus has no fewer than three world-class research centres closely allied to the discipline - the Centre for Medical History, Centre for the Study of Esotericism, and the ESCR Centre for Genomics in Society – and the Cornwall campus boasts precisely the interdisciplinary environment in which the subject flourishes. There are major research resources on or near the campuses, including those at Exeter University's Special Collections, the Cornwall Record Office, and the Submarine Telegraph Museum at Porthcurno, while the major archives and libraries of London and other UK institution are accessible by reliable train routes.

I have supervised undergraduate and postgraduate students on a range of research topics connected with science and technology, and I am especially keen to supervise students in the following broad areas:

Lori Oates, PhD candidate, 'The Transmission of Occult Philosophies Between France and Britain, 1850-1900' (with Joseph Crawford), 2012-

Ryan Patterson, 'The “Handmaid of the Sciences”: Technophilia in Victorian Britain and the Machine Gun in Imperial Culture' (with Jeremy Black), 2011-

Ryan Sweet, PhD candidate, 'A Cultural and Literary History of Prosthesis in the Victorian Period' (with Jason Hall), 2012-

Editorial board member, Notes and Records of the Royal Society of London

Member, British Society for the History of Science

Principal historical and script consultant for, and contributor to, Science and the Séance, historical documentary, first broadcast by BBC 2 television, 31 August 2005

Principal historical and script consultant for, and contributor to, Was Anybody There?, historical documentary, first broadcast by BBC 2 television as TV 17, A103, An Introduction to the Humanities, Open University, 29 January 1998

I have worked extensively with the Porthcurno Telegraph Museum on its collections: see http://www.porthcurno.org.uk/

I discussed some of my latest research on telecommunications history for the August 2011 issue of BBC History Magazine.  This is based on a podcast interview that can be dowloaded at http://www.historyextra.com/podcasts?page=6

I also talked about telephones and inventors on the BBC2's Genius of Invention, episode 3, 7 February 2013.  For further details see http://www.bbc.co.uk/programmes/b01qb0p5

'Was Anybody There?', a programme for the Open University, Introduction to Humanities first broadcast on 29 January 1998

2012- Treasurer and Council Member, British Society for the History of Science (see http://www.bshs.org.uk/)

2007-2012, Member, Editorial Board of Notes and Records of the Royal Society (see http://rsnr.royalsocietypublishing.org/)

Principal consultant for and contributor to Science and the Séance, historical documentary, first broadcast by BBC 2 television, 31 August 2005

Principal consultant for and contributor to, Was Anybody There?, historical documentary, first broadcast by BBC 2 television as TV 17, A103, An Introduction to the Humanities, Open University, 29 January 1998

I am a great believer in teaching as performance and communication.  When I started lecturing in 2002 I, like most young lecturers, thought that it was enough to read out from a script and point to a few slides.  Convinced that students were as bored of this format as I was, I took to Powerpoint.  I do find that this is a good way of creating a more concise and lively lecture and very often my lectures comprise commentaries on a series of images.  I believe the lecture experience should complement and reinforce the experience of close and critical reading as much as possible.  I don't think students should be given lots of text to follow and transcribe in lectures; rather, they need to be stimulated by more visual and performative aspects of lecture delivery.

A good deal of my teaching is informed by research.   My second year module, 'The Occult in Victorian Britain' (HIC2316) and the third year module, 'Britain and the Telecommunications Revolution' (HIC3300) have given me ample chances to rehearse and clarify approaches to key questions arising from my current projects.  My second year module, 'The Cultures of the Sciences from the Renaissance to the French Revolution' (HIC23317) has helped me put my current research into a longer historical perspective.   One of the great joys of research-led teaching is the insights that are often generated when closely reading research sources.  My students and I often see things in texts and images that I've not spotted before and which prompt interpretative rethinks!

I have been twice nominated for a teaching award by the University of Exeter's Student Guild.

I was born in Lewisham, South East London, and was educated in neighbouring Forest Hill. In 1989, after a secondary education in Eltham Green and Crown Woods comprehensive schools, I studied the Natural Sciences Tripos at Cambridge University (Corpus Christi College). I graduated with a BA in History and Philosophy of Science 1992 and a PhD in 1998.  My doctoral dissertation examined the relationship between science, technology and spiritualism in Victorian Britain.  Between 1999 and 2002 I was a Postdoctoral Research Fellow on the 'Science in the Nineteenth Century Periodical Project' at the Universities of Leeds and Sheffield, and between 2002 and 2007 2002 I was British Academy-Royal Society Postdoctoral Research Fellowship in the History of Science at Cambridge University.  I was appointed Lecturer in History at the University of Exeter in  2007.