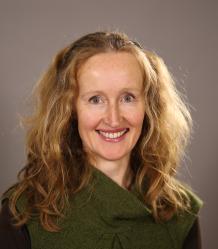 My research focuses on ways of creating, understanding and articulating performance practice through interdisciplinary, intercultural research.

I combine professional level Practice as Research (PaR) with award-winning RedCape Theatre www.redcapetheatre.co.uk  with innovative ways to re-configure and disseminate histories of performance and training; particularly focusing on women’s legacies of training.

I am also currently working with international network ArtsCross (http://rescen.net/events/ArtsCross_index.html#.WTUp29y1vcs) a long term initiative bringing together academics and artists across cultural, national and artistic borders.  The project is led by ResCen at Middlesex University and partners include QMUL, Sadlers Wells, The Place, Step Out Arts, Beijing Dance Academy, Taipei National University of the Arts, Shanghai Theatre Academy and Hong Kong Academy of the Performing Arts.

I am co-editing a new Routledge book series Perspectives in Performer Training (with Dr Maria Kapsali, University of Leeds). My own book in the series is forthcoming in 2021.

I am co-artistic director of RedCape Theatre www.redcapetheatre.co.uk

I am working with international network ArtsCross (http://rescen.net/events/ArtsCross_index.html#.WTUp29y1vcs) a long term initiative bringing together academics and artists across cultural, national and artistic borders.  The project is led by ResCen at Middlesex University and partners include QMUL, Sadlers Wells, The Place, Step Out Arts, Beijing Dance Academy, Taipei National University of the Arts, Shanghai Theatre Academy and Hong Kong Academy of the Performing Arts.

Additionally, I am working with Dr Maria Kapsali at University of Leeds to develop a new book series for Routledge called Perspectives in Performer Training.

I am open to discussing research proposals on any relevant subject given my research expertise.  I am especially happy to consider working with candidates with interests in the following areas:

As a scholar-practitioner, I undertake professional level Practice as Research working with award-winning company RedCape Theatre www.redcapetheatre.co.uk.  The work is strongly industry and public facing. For example, The Idiot Colony played more than 30 theatres, on a 96-date tour, including the Institute for Contemporary Arts, London, Warwick Arts Centre and Plymouth Theatre Royal.  The show was awarded a Scotsman Fringe First and Total Theatre Award for Visual Theatre in 2008.  It is currently being used in the GCSE Drama curriculum in schools in the South-East of England.

This touring production is an ACE and REACH funded Practiceas Research Project exploring approaches to contemporary performer training and performance through the creation, realisation and interdisciplinary reflection upon a piece of ensemble theatre Be Brave and Leave for the Unknown. I co-directed the piece.

1 Beach Road by RedCape Theatre was an ACE funded Practice-as-Research Project exploring approaches to researching and portraying issues of climate change and dementia on stage, which toured the UK in 2011-2012.  I was Dramaturg for the project.

All the elements of The Gindler Project were driven by one main research question: How can understanding of the practice of German body awareness pioneer Elsa Gindler (1885-1961) and her influence on contemporary training, performance and theories of performance be developed?

Impact and public engagement is at the heart of my work with RedCape Theatre www.redcapetheatre.co.uk both in the award-winning material that we take to new audiences drawing on challenging true stories (women and mental health, coastal erosion, dementia and bereavement) and also through work in schools around the UK to develop (Key Stage 4 and 5) drama and devising skills drawn from this research.  I have created innovative Education Resource Packs to be used by teachers and RedCape’s work has been used in the GCSE curriculum in schools in the South-East of England.

I am also working on the international ArtsCross project: an initiative which brings together academics and artists across cultural, national and artistic borders, led by ResCen at Middlesex University, and working with partners including Beijing Dance Academy, Taipei National University of the Arts, Hong Kong Academy of the Performing ArtsQMUL as well as UK arts partners Sadler’s Wells, Step Out Arts and The Place. http://rescen.net/events/ArtsCross_index.html#.U8ZCBLFwbcs

This work was used as a RCUK case study ‘Shaping the Future: UK-China Collaborative Research’, 2016 and a CBI Case Study ‘Bridges to the Future: The Role of Universities in the UK-China Relationship’, 2017.

My work was submitted as part of one of the Impact Case Studies REF2014 for Drama ‘Intercultural Performer Training and Performance’ http://www.exeter.ac.uk/ref2014/impact/humanities/performance/.

I have also organised three international conferences/symposia, regularly host international practitioners in Drama and review book proposals for publishers such as Routledge and Palgrave Macmillan.

‘An affecting, humorous piece of physical theatre… an excellent vehicle for the company’s founding members.’ The Times

My teaching across the MA and the BA programme is inspired by my research and professional practice and I have developed my current modules from research over the last 10 years.  I synthesise my professional level theatre practice with theoretical and historical knowledge in relation to the material of each module.  In turn, this teaching feeds back to my research (Zarrilli, Daboo and Loukes 2013).

I am regularly invited to give workshops and lectures on devising in universities and schools around the UK.  I have also developed a range of teaching resources with RedCape Theatre designed for KS4 and 5 teachers http://www.redcapetheatre.co.uk/resources.

I am a Fellow of the Higher Education Academy and I contributed to the design, development and implementation of the new MA Theatre Practice programme https://humanities.exeter.ac.uk/drama/postgraduate/taught/.