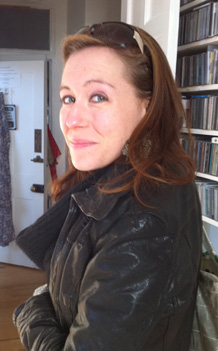 My research focuses on Aestheticism and Decadence, and their influences on twentieth-century literature, culture, and film. These interests are roughly located in the period 1860-1960, with current emphases on how  Decadent aesthetics evolved between 1890 and 1940.

I'm particularly interested in questions regarding post-Darwinian reconceptions of individualism, the evolution of 'art for art's sake', its influence on British Modernism and on Hollywood film, Modernist conceptions of distinctly felt, sensual moments in time, and the dynamic relationship between 'philosophy' and 'literature'. Like any self-respecting aesthete, I also have an active interest in all sartorial matters and the art of cocktail-making.

My main research project at present has a working title of 'The Legacies of Decadence in Early Hollywood'. It investigates how Aestheticist and Decadent aesthetics and principles were taken up by those who were to become pioneers of the Hollywood film industry. Amongst the -- often unlikely -- figures I am writing on as part of this project are Alla Nazimona, Ronald Firbank, Carl Van Vechten, Ben Hecht, F. Scott Fitzgerald, Nathanael West, Evelyn Waugh, Kenneth Anger, Alfred Hitchcock and Vincente Minnelli.

I've written extensively, and presented dozens of conference papers on, a range of the subjects mentioned above. In April 2015, I and Dr Alex Murray (Queen's University Belfast) organised a conference titled 'Aestheticism and Decadence in the Age of Modernism, 1895-1945', which addressed how the Aestheticist zeitgeist evolved after Wilde's imprisonment.

In addition to these and the academic publications listed on my publications tab, I write reviews for the TLS. These are  open-access: 'Just Oscar' and  'How to Be a Female Aesthete.'

I would be happy to hear from potential PhD students working of any of the areas or figures listed above, for supervision at either our Exeter or Penryn Campus.

Thematic concerns which shape my research in the late-nineteenth and early-twentieth centuries:

The main figures I research:

I would be happy to hear from students interested in post-graduate research in any of the areas listed in my profile, on either campus.

I read Philosophy and Literature at the University of Warwick, before completing a Masters in Critical Theory, and PhD on Walter Pater's Individualism, both at the University of Exeter.  At Warwick I was President of the Athletics and Cross-Country Club, and my love of long-distance running is still only surpassed by a love of long novels and a good G&T (preferably simultaneously).