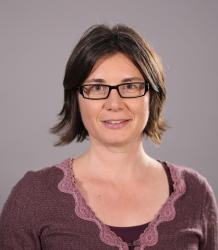 My broad topic is 17th century intellectual culture, and within this I am interested in early-modern institutions (particularly the universities and the early Royal Society) and the circulation of ideas through manuscript, image and print. You can find me in room 202, Queen's.

Most recently my interest in early-modern literary and intellectual culture has focussed on the early Royal Society and its Fellows, particularly Robert Hooke, whose diary I am currently editing for OUP. Hooke's career in Restoration London is significant because he was one of the key experimental philosophers at the centre of the Royal Society and at the same time held an important role as Surveyor for the City of London, helping to rebuild after the great fire. Tracing Hooke's extensive network of contacts, and investigating his interactions with artists, craftsmen, instrument-makers, booksellers, merchants and courtiers will help to explore ways in which new ideas circulated beyond boundaries of occupation and class.

I am interested in the manuscript circulation of texts, and much of my research has relied on archival sources. I have been involved in a number of scholarly editing projects, and have published on individual archives. My early work centred on the personal manuscript miscellanies of scholars at Oxford and Cambridge, and particularly satirical texts circulated in manuscript amongst erudite communities in early-modern England. With Dr Antonia Moon (British Library ) I am editing Sir Thomas Browne's notebooks for OUP as part of a large AHRC project on Browne's works.

I have been a co-investigator on the AHRC network 'The Origins of Science as a Visual Pursuit', which looked at image-making practices in the early Royal Society. I also helped to set up another AHRC network, 'Women in Science, 1830-2000', which is bringing together archivists, historians and scientists to look at the historical careers of female scientists.

I have previous or ongoing research collaborations with the following people and institutions:

I would be pleased to hear from prospective graduate students interested in research in the following areas (generally but not exclusively focussed on the early-modern period):

I regularly give public lectures on aspects of my work to community groups such as local National Trust associations and for other organisations such as the Institute of Physics. I have also been interviewed for a number of radio and TV programmes, most recently Lisa Jardine's 'The Seven Ages of Science' (BBC Radio 4) and 'The Century that Wrote Itself', presented by Adam Nicolson (BBC Four).

In association with my work on the diary of Robert Hooke FRS I blog at hookeslondon.com and tweet daily diary entries via @HookesLondon.

I am a member of the Council of the British Society for the History of Science, and from January 2014 I will be on the editorial board of the history of science journal Notes and Records of the Royal Society.