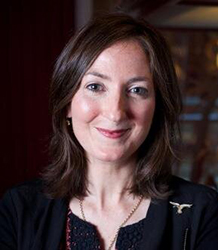 She is the author of Hollywood Soundscapes: Film Sound Style, Craft and Production in the Classical Era (2017),  Hollywood Heroines: Women in Film Noir and the Female Gothic Film (2007) and co-editor (with Catherine O’Rawe) of The Femme Fatale: Images, Histories, Contexts (2010) and (with Andrew Spicer) of  A Companion to Film Noir (2013).