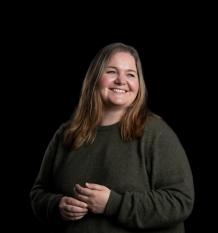 Previous books include The World and Other Unpublished Works by Radclyffe Hall (MUP, 2016), which was featured on BBC Radio 4 Open Book, and the co-edited volumes Sex, Gender and Time in Fiction and Culture (Palgrave, 2011) and Sculpture, Sexuality and History: Encounters in Literature, Culture and the Arts (Palgrave, 2019).

In 2015, I was awarded a Wellcome Trust Joint Investigator Award to direct (together with Kate Fisher) a major five-year project on the cross-disciplinary history of sexual science. In 2014, I was selected to participate in the AHRC and Wellcome Trust-funded New Generations in Medical Humanities Programme. I am strongly committed to making my research accessible to wider audiences and collaborating with non-academic publics. Past work includes Orlando: The Queer Element (led by Clay & Diamonds), the Transvengers (led by Gendered Intelligence), Dangerous Influences (in collaboration with Dreadnought South West) and various contributions to the Wellcome Collection’s Institute of Sexology Exhibition and its engagement programme, Sexology Season. I also co-directed the Transformations project (2019-2020) in collaboration with Gendered Intelligence and artist Jason Barker, which resulted in the Adventures in Time and Gender podcast and website. I am currently co-directing the Out and About: Queering the Museum project in collaboration with socially engaged artist Natalie McGrath and the Royal Albert Memorial Museum in Exeter.

I am one of the Co-Chairs of the University's LGBTQ+ Staff Network.

You can sign up for my Office Hours here. You can find me in Room 155, Queen's East Wing.

My interdisciplinary research explores how understandings of gender and sexuality are produced at the intersections of literature, medicine and science. I am a literary scholar by training and based in the Department of English and Film. I also work on the history of sexuality and am a co-founder of the Sexual Knowledge Unit and a member of the Centre for Medical History at Exeter. I have also led a number of public engagement and impact projects with non-academic partners, focusing specifically on LGBTQ+ history and culture.

My work seeks to revise scholarly understandings of how gender and sexuality are constructed in late nineteenth- and early twentieth-century literature and culture. I am also interested in interrogating and expanding traditional boundaries of lesbian and queer modernism.

I have published several chapters and articles as well as a book entitled The World and Other Unpublished Works by Radclyffe Hall (MUP, 2016). The volume presents a range of new archival materials, including short stories and an unfinished novel by Hall. My substantial introduction to the book offers a revisionary reading of Radclyffe Hall's writings and reassesses Hall's place in early twentieth-century culture. It reveals, for instance, that Hall engaged with a far wider range of sexualities and gender expressions than previously assumed. You can hear me talk about Hall on BBC Radio 4 Open Book, BBC Radio 3 Free Thinking, Bad Gays and Censored. I am currently co-editing (with Dr Hannah Roche) the first ever critical edition of Radclyffe Hall's novel The Well of Loneliness, which is forthcoming as an Oxford World Classics edition (Oxford University Press, 2023).

I am also completing a monograph entitled Sexological Modernism: Queer Feminism and Sexual Science (Edinburgh University Press, 2022). The book explores how eight modernist writers -  Vera Brittain, Bryher, Radclyffe Hall, Naomi Mitchison, Vita Sackville-West, May Sinclair, Una Troubridge and Rebecca West - engaged with sexual scientific ideas to expand existing ways of thinking and writing about gender and sexuality. While sexology is often remembered as a field dominated by cisgender men studying sexual ‘deviance’ or ‘perversion’, this book draws on published and unpublished archival works to uncover previously overlooked resonances between sexual science and queer feminist modernism. It argues that queer and feminist modernist writers and sexual scientists shared a profound commitment to sexual reform and a deep fascination with psychological questions about consciousness, subjectivity and the imagination. These shared investments allowed them to enter into productive – if not always harmonious – dialogue about a wide range of gender expressions and sexualities, including homosexuality, bisexuality and gender nonconformity as well as heterosexual desire, marriage, motherhood and biological reproduction. By investigating the deep intellectual and political entanglements between queer feminist modernism and sexual science, this book reveals how literary and sexological writers developed a new language and set of frameworks for understanding gender and sexuality.

In addition, I am co-editing (with Dr Elizabeth English and Dr Sarah Parker) a book entited Interrogating Lesbian Modernism: Histories, Forms, Genres (Edinburgh University Press, 2022). My chapter in this book explores Christopher St John as a figure whose life and work cuts across cis lesbian and trans modernisms.

In 2019, I co-edited Sculpture, Sexuality and History: Encounters in Literature, Culture and the Arts together with Dr Jen Grove. My chapter in this book offers a new reading of H.D.'s relationship with Freud based on their shared investment in the psychoanalyst's Bronze Athena statuette.

Within the history of sexuality, my individual and collaborative work on the interdisciplinary dimensions of British and German sexology has opened up new readings of late nineteenth- and early twentieth-century sexual science.

In 2015, I was awarded a Wellcome Trust Joint Investigator Award to direct a 7-year project called Rethinking Sexology: Sexual Science Beyond the Medical, 1890-1940 together with Prof Kate Fisher. The project seeks to explore the cross-disciplinary exchange between medical and non-medical forms of knowledge at the heart of early sexual science. It will offer a new history of sexual science and reconsider historical narratives concerning the modern invention of sexuality. In addition to various chapters and articles, the project will result in a monograph I am currently writing together with Kate Fisher. We are also co-editing, together with Dr Chiara Beccalossi, a special journal issue of History of the Human Sciences on the topic of Sexology and Development.

My interdisciplinary research has allowed me to lead developments in the Medical Humanities at Exeter and beyond. I have begun to explore Medical Humanities frameworks to address challenges around the medicalization of sex through engaged research activities (e.g. in collaboration with the Wellcome Trust and supported by the  ESRC). My leadership potential was recognised when I was chosen to participate in the 2014/2015 AHRC- and Wellcome-Trust-funded New Generations in Medical Humanities Programme. I also co-direct the Bodies, Knowledge and Identities subtheme as part of the College of Humanities' Medical Humanities Theme as well as the Sexual Knowledge Unit at the University of Exeter. In 2018, I co-edited (with Dr Sherri Lynn Foster) a special journal issue on Feminist Encounters with the Medical Humanities.

I was a key academic collaborator on the Orlando: The Queer Element (Clay & Diamonds) and Transvengers (Gendered Intelligence) projects. I also worked with Dreadnought South West to develop a new short performance, Dangerous Influences, based on my research on Radclyffe Hall and was interviewed by Mariella Frostrup on BBC Radio 4 Open Book (interview starts at 11:30). I ran and contributed to several events as part of the Wellcome Trust's major Institute of Sexology Exhibition and the accompanying Sexology Season, including Sex in the Afternoon and Sexological Photographs as Evidence. I have delivered public lectures on my research at the V&A in London, M-Shed in Bristol, the People Museum in Manchester, the Exeter Phoenix and Picturehouse and many other locations.

I also co-directed the Transformations project (2019-2020), which resulted in the Adventures in Time and Gender podcast and website. I am currently co-directing the Out and About: Queering the Museum project in collaboration with socially engaged artist Natalie McGrath and the Royal Albert Memorial Museum in Exeter.

In addition, I have organised the following conferences and events:

2011-2012: MA Sexual Discoveries: The Reception of Erotica from ‘Other’ Cultures in the Nineteenth- and Twentieth Century (team-taught)

I was educated at the Universities of Cologne (MA; with distinction), Oxford (MSt in English Studies, 1900-present day; with distinction) and Edinburgh (PhD, English Literature). After finishing my PhD in June 2010 and spending some time in Austin, Texas as a Harry Ransom Center Fellow, I joined the Sexual History, Sexual Knowledge Project at the Centre for Medical History, University of Exeter, in August 2010. In September 2013, I joined the Department of English at the University of Exeter as an Advanced Research Fellow (HASS Strategy - Medical Humanities). This post led to a Lectureship in Medical Humanities in 2016 and a Senior Lecturership in Medical Humanities in 2017. I was promoted to Associate Professor of English & Sexuality Studies in 2020.