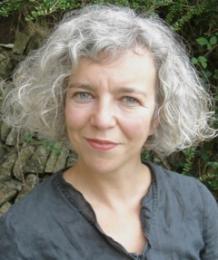 Jane Feaver is a novelist and short story writer. Her first novel, According to Ruth (Harvill Secker, 2007) was shortlisted for the Author's Club Best First Novel Award and the Dimplex Prize. Her latest novel is An Inventory of Heaven (Corsair, 2012). Love Me Tender (Harvill Secker, 2009), a collection of inter-linked stories was shortlisted for the Edge Hill Short Story Prize.  She has published stories in Comma Press’s BioPunk: Stories from the far Side of Research (2013), The Manchester Review, the Kenyon Review OL, Riptide, and has just completed work on re-tellings of English Fairy Tales for OUP, The Well at the World’s End  (2016).  Jane is a regular tutor in fiction writing for the Arvon Foundation.

Tamara Sharpe, ‘The Importance of Elsewhere: place and memory in literary characterization’,

Jane Feaver obtained her first degree from Keble College, Oxford in 1986.  From 1989 to 2001 she was Assistant Poetry Editor at Faber and Faber.  In 2001 she moved to Devon to run the chairty, Farms for City Children.  She received her Doctorate from Exeter University in 2012, and was appointed Lecturer in Creative Writing in 2013.