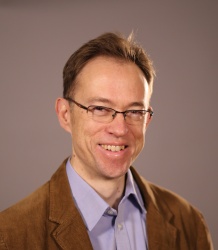 Professor of French and Visual Culture

I came to Exeter in 2005, having taught previously at the universities of Bristol, Oxford and Paris VIII Vincennes-St. Denis. My interests span literary and visual culture, from trauma and testimony to visual archives and installation art.

My recent book Installation Art and the Practices of Archivalism (2016) is concerned with the many installation art  projects which respond to the archive. Some artists explicitly depict the archive (Beckett, Boltanski, Walid Raad), while others are preoccupied with archival materials and practices (Bałka, Godard, Kolbowski, Egoyan). Work like this is part of the pervasive contemporary nostalgia for ‘archival’ media such as analogue photographs and film, a tendency I analyse by reference to five types of archival practice, the intermedial, testimonial, personal, relational and monumentalist. The book produces new understandings of how we archive today: contemporary archiving, I suggest, is a response to the predominance of ‘prosthetic’ memory (Nora), in which cultural memory has gradually shifted away from communities of memory and into archiving technologies themselves.

This work is part of my interest in the ways in which art engages with truth-telling and the provision of evidence, whether medical or legal.

From 2013-15 I was UK principal investigator on the EU INTERREG IV-funded research project 1914FACES2014 on the cultural legacy of facial disfigurement, in particular the way practices derived from art and sculpture come to influence surgical techniques, and vice versa. The unprecedented scale of facial injury, and the radical measures adopted to attempt to mitigate its effects, are the starting-point for an enquiry into the changing understandings of the face from 1914 to the present. I led the Exeter team for 1914FACES2014, based in the Colleges of Humanities and of Social Sciences and International Studies, and coordinated the third project strand, on Representing the Face, working with partners including Changing Faces, the Historial de la Grande Guerre, the Université de Picardie Jules Verne and the Institut Faire-Faces led by the world-leading surgeon Prof Bernard Devauchelle.

In 2011, I published Samuel Beckett and Testimony (Palgrave Macmillan). Here, I argued for the first time that testimony helps us understand Beckett's fiction, and that Beckettian narrative helps us understand testimony. I questioned the association of trauma in Beckett's work with the Second World War as historical event, arguing instead that the idea of testimony has to be understood via philosophical and iconographical traditions.  In particular, I analysed the debt in Beckett's work to the Noli me tangere tradition and depictions of the crucifixion, a debt which engages with the work of Georges Didi-Huberman on understanding the visual documentation of the Holocaust.

My research is situated at the interface between art and evidence, and has explored key modalities of the forensic including testimony and the archive. I am concerned with the way visual rhetoric informs the production of evidence and the discourses which surround that production. I am interested in particular in installation art, photography, and in the connections between the face and the forensic aesthetic.

My work in the medical humanities concerns the face, in particular facial difference. From 2013-15 I was UK principal investigator on the EU INTERREG IV-funded project 1914FACES2014 on the cultural legacy of facial disfigurement in the UK and France. The project looks at the new surgical practices developed in the context of World War I and their debt to techniques derived from art and sculpture.

My publications include Installation Art and the Practices of Archivalism (2016), Samuel Beckett and Testimony (2011), The Body Abject (2000), a critical edition of Tanazacq's La Supreme Abjection de la Passion du Christ (2001) and Jean Genet, Journal du voleur (2004). I am an active member of the Centre for Medical History and of the Centre for Intermedia at the University of Exeter, I sit on the management board of the Centre for Translating Cultures, on the editorial board of Reconstruction: Studies in Contemporary Culture, on the editorial advisory board of e-France: an on-line journal of French Studies and the international advisory board of Reinvention: a Journal of Undergraduate Research.  I have peer reviewed for the journals Miranda, Studies in Twentieth and Twenty-First Century Literature, Modern Philology, Twentieth-Century Literature and the Journal of Beckett Studies.

My collaborators include the charities Changing Faces (CEO: James Partridge) and Saving Faces and the artist Paddy Hartley. Paddy was artist in residence in the College of Humanities during 1914FACES2014, and that collaboration is reflected in a special issue of the Journal of War and Culture Studies (forthcoming) and in Paddy Hartley: Of Faces and Facades (2015). In the context of Effaced from History?, I am working with colleagues from the universities of Swansea, Nottingham, Cardiff and Reading. I led the Exeter team for 1914FACES2014, based in the Colleges of Humanities and of Social Sciences and International Studies, and coordinated the third project strand, on Representing the Face. Project partners include the Université de Picardie Jules Verne and the Institut Faire-Faces led by the world-leading surgeon Prof Bernard Devauchelle. I co-curated the exhibition Faces of Conflict at the Royal Albert Memorial Museum and Art Gallery (2015) and in this context worked with the Hunterian Museum, Royal College of Surgeons of England and the Historial de la Grande Guerre.

My research interests span modern and contemporary literary and visual culture, from trauma and testimony to visual archives, installation art and the forensic. I have particular interests in the face, contemporary art, the medical archive, archiving practices and technologies, Samuel Beckett and cultural memory and am happy to receive PhD proposals in any of these areas.

I am currently supervising

Irem Kasar, PhD thesis on Bilingualism, Co-Translation/Self-Translation and Hybridity in the Prose of Elif Şafak and Samuel Beckett

Tenzin Yangkyi, PhD thesis on Indonesian and Tibetan Literature and the Postcolonial

I have recently supervised the following:

Tara-Monique Etherington, PhD thesis on A Comparative Investigation into the Circulation, Cultural Influences, and Social Impact of Anime and Manga (awarded 2015)

Lara Cox AHRC-funded PhD thesis in French: "Transference in the Theatre of Ionesco, Arrabal and Adamov: The Schismatic Scene of Misrecognition" (awarded 2012).

Collaboration with those who benefit from research, and with non-academic practitioners, is at the heart of my work. I have worked with artists, surgeons, charities, school pupils and teachers, and my work on facial difference has led to collaborations with the charities Changing Faces (CEO: James Partridge) and Saving Faces as part of a project led by the world-leading surgeon Prof Bernard Devauchelle. I co-curated the exhibition Faces of Conflict at the Royal Albert Memorial Museum and Art Gallery (2015) and in this context worked with the Hunterian Museum, the Royal College of Surgeons of England and the Historial de la Grande Guerre. We ran schools sessions in tandem with the exhibition, involving staff and students from King Edward Sixth College, West Exe School and St David’s School, Exeter.

In consultation with teachers working in the South West I worked with Dr Marjorie Gehrhardt and Dr Catriona Pennell, both CI on 1914FACES2014, in order to produce new educational resources on facial difference and the facially injured soldiers of the First World War. A pilot study in which the resources were used in the classroom ran at Penrice Community College, St Austell, Cornwall in July 2014, and the resources are now freely available online for academic purposes.

During the project it was my privilege to work with artists including René Apallec, Eleanor Crook, Mark Gilbert and Paddy Hartley. Paddy Hartley was artist in residence on 1914FACES2014 at the University of Exeter, a collaboration which led to the publication of Paddy Hartley: Of Faces and Facades (2015). I continue to work with Paddy in the context both of facial difference and of the medical archive.

I took part in the conversation series at The Print Room, Notting Hill, as part of the Beckett in London Festival in May 2016, participating in a discussion of Becket and the Arts: Texts for Nothing, a conversation with Dr Derval Tubridy and Dr Sarah Hayden on the occasion of the remaking of O’Doherty’s Hello Sam, Redux at The Print Room.

I acted as academic advisor to the Winter Warmed theatre festival (January-Feb 2013, dir. Richards), and participated in public discussion sessions held at the Bike Shed Theatre, Exeter. Entitled Fervent Thoughts, the sessions focused on comedy and performance and theatre and installation art. The festival, which combined productions of well-known plays by Samuel Beckett with a range of scripted and devised work by professional and amateur groups, was conceived in dialogue with community groups including Clyst Vale Community College, Exeter College and Uncommon Players.

I am a member of the editorial board of the journal Reconstruction: Studies in Contemporary Culture, and sit on the advisory board for e-France: an on-line journal of French Studies. I am also a member of the International Advisory Board, Reinvention: a Journal of Undergraduate Research. I was French section co-editor for The Literary Encyclopedia (2006-12), and was editor, Current Research (Society for French Studies) between 2002 and 2006. I have peer reviewed for the journals Miranda, Studies in Twentieth and Twenty-First Century Literature, Modern Philology, Twentieth-Century Literature and the Journal of Beckett Studies.

In the context of the 1914FACES2014 project, I have recently spoken on contemporary art and representing the face on ITV West Country and BBC Radio Devon.