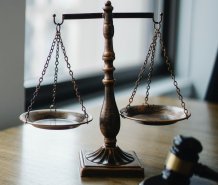 A major new study has explored the dramatic criminal trials of authors accused of subversion in 17th century France.

The Italian philosopher Giulio Cesare Vanini was brutally executed for blasphemy by the Parlement de Toulouse in 1619. Jean Fontanier was burned at the stake two years later in Paris for authoring a text to convert Christians to Judaism. The infamous poet Théophile de Viau escaped the death penalty following a trial in 1625 for irreligion, obscenity, and poems describing homosexuality.

Previous scholars to have written about these trials have often relied on transcripts of court records produced in the early nineteenth century. Dr Horsley is the first to have based his analyses on the original archival manuscript sources. Using previously un-transcribed notes made in the margins and crossed-out words in these almost illegible documents, he has painted a vivid picture of these events as well as making a number of discoveries entirely new to scholarship.

Vanini was eventually executed by the Parlement de Toulouse for blasphemy. The wandering Italian philosopher first ingratiated himself with the Archbishop of Canterbury who took him to be a sincere Anglican convert. Once his ruse had been discovered, Vanini subsequently fled to Toulouse under a false identity. Dr Horsley draws from new archival evidence revealing forgotten witnesses, and makes the novel claim that the one person reported to have testified against Vanini – ‘Francon’ – could not have played the crucial role at this trial that has previously attributed to him, and that reports of his testimony were fabricated to protect influential men involved in his crimes. This research shows that Vanini was detained whilst sufficient testimonial evidence was gathered against him, and that the Parlement de Toulouse was not therefore prepared to execute him on the basis of rumour, accusation, and interrogation alone.

Dr Horsley argues that at Jean Fontanier’s trial, the presiding magistrate Nicolas de Bellièvre used a forensic linguistic approach to determine that Fontanier was indeed the author of the offending text. He has also painted a careful backdrop of the wider treatment and status of Jews in early modern European society, in order to stress the audacity of Fontanier’s enterprise. Dr Horsley has reconstructed Fontanier’s work, his biography and trial, in what is the first major study of Fontanier in any language.

The trial of Théophile de Viau for impiety and blasphemy took place after the publication of an obscene poem in which the poet vows to commit sodomy. Libertines and the Law suggests that Théophile was first interrogated predominantly as a philosopher poet rather than a purveyor of obscenities. It shows how his defence included a subtle distinction between the arts of imitation and translation from the ancient Greeks or Romans, which had been overlooked in critical studies. Dr Horsley has also carried out research on the judges, discovering more about their political beliefs and social life in an attempt to gauge how they may have voted in the trials whose deliberations were, at least in theory, veiled in secrecy. He has discovered five new documents of great significance to Théophile’s biography, including an entirely new testimonial transcript from a forgotten witness, which has allowed him to locate exactly where Théophile was hiding before his arrest.

Dr Horsley said: “The verdict at Théophile’s trial demonstrates that, even when presented with a notorious author of irreverent and obscene poetry, not to mention a large number of witnesses, the magistrates of the highest court in the land were not always inclined to find the defendant guilty.”

“The judges involved in these trials proved themselves to be highly competent critical readers. Although harsh in their judgements, they were not inflexible towards persuasion, moderation, or the restrictions placed on them by the habitual workings of a criminal justice system which nonetheless stacked the odds firmly (but not absolutely) against the defendants.”