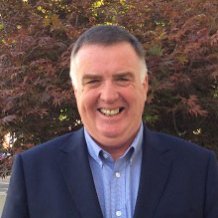 Members of the University of Exeter community have been recognised in this year’s New Year’s Honours list for their outstanding achievements in education and academic research.

Richard Atkins, who was knighted, is the Further Education Commissioner for England with responsibility for leading on quality improvements in FE and Sixth Form Colleges. He has been an independent Member of the University of Exeter Council since August 2016 and is currently a Pro-Chancellor, a member of Council Nominations Committee and Chair of Remuneration Committee and independent lead for education.

Mike Shore Nye, University of Exeter Registrar and Secretary, said: “We would like to offer our congratulations to Andrew and Richard. We are delighted their outstanding and important work has been recognised in this way.”

Previously Sir Richard was a college Principal and Chief Executive for 21 years, including serving as Principal of Exeter College from 2002 until 2016. During his tenure the College was rated as outstanding by Ofsted and recognised as TES College of the Year for 2012.  Richard has held a number of national positions in the field of apprenticeships, skills and further education and was President of the Association of Colleges in 2013/14.  He was awarded a CBE in the 2016 New Years Honours and the Freedom of the City of Exeter in May 2016.

Sir Richard said: “I am honoured and delighted to be recognised in the New Year’s Honours List 2021, for services to Further Education. The city of Exeter has developed a unique set of exceptional education partnerships, including the University, Exeter College, the Ted Wragg multi academy Trust, Exeter Mathematics School and others.

“I have been fortunate to play a small part, along with many others in the area, in developing these partnerships, which enhance the education of all young people in the City and surrounding areas. From this base I was appointed the Further Education Commissioner for England in 2016, when I retired from Exeter College, and I have continued my involvement locally as a Pro Chancellor and member of Council at the University of Exeter, a world class research intensive institution. I am proud of what we have all achieved together in Exeter in developing an outstanding education system.”

Professor Thompson’s research covers global histories of humanitarianism, human rights and development; the history of modern globalisation and the relationship between globalisation and empire; the effects of empire on British private and public life during the ninetieth and twentieth centuries; histories of migration and mobility and the history of colonial and apartheid South Africa.

During his period in office at the AHRC he secured a £19 million grant for Museums and Galleries, as part of the Strategic Priorities Fund, Towards a National Collection: Opening UK Heritage to the World. He was responsible for securing the £10 million Policy and Evidence Centre for Modern Slavery and Human Rights and a further £80 million Creative Industries programme, funded by the Industrial Strategy.

Professor Thompson sits on the Research Board of the British Museum and the Royal Shakespeare Company’s Education Advisory Committee.