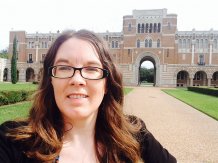 Work by a University of Exeter researcher into the impact of the “returned Yank” on popular culture has won a major book prize awarded by the American Conference for Irish Studies (ACIS).

The book traces appearances of the character - people from Ireland who emigrated to the USA and then returned - in popular novels, films and adverts since 1952. In reality comparatively few Irish migrants did return to live in Ireland after emigrating to the USA.

Research by Professor Sinéad Moynihan shows the role of the returned yank in the Irish cultural imagination is varied and complex. Her book on the subject has won the Michael J. Durkan Prize for Books on Language and Culture awarded by the ACIS.

Works examined as part of the book, Ireland, Migration and Return Migration: The ‘Returned Yank’ in the Cultural Imagination, 1952 to the Present (Liverpool University Press, 2019), include Brooklyn by Colm Tóibín and Ellis Island by Kate Kerrigan, Angela’s Ashes by Frank McCourt and Philomena by Martin Sixsmith.

Professor Moynihan said: “The returned yank often elicited a variety of responses on the part of the those who stayed in Ireland: even the term “returned Yank” implies that the individual isn’t considered fully Irish any more. He or she was often associated with being loud, boisterous and rude and with ‘flashing the cash’ they had earned abroad. However, some of the literary examples depict individuals who have not succeeded in the U.S. but who, because of shame, attempt to conceal this from their families when they return.”

One of the most famous returned Yank characters in popular culture is in the iconic film The Quiet Man, directed by John Ford in 1952, where Sean Thornton (John Wayne) returns to live peacefully in his late mother’s humble cottage in the West of Ireland. The film helped boost the tourism industry in Ireland.

Since 2008, the imagined figure of the returned migrant has played an important role in campaigns to restart the Irish economy after the global recession, with one campaign poster enjoining those visiting home for Christmas to: “Make your Christmas commute shorter next year. Come #hometowork in 2016.” Going #hometovote was also an important feature o the 2015 equal marriage referendum in Ireland.

Professor Moynihan said: “The figure of the returned migrant still looms large in the Irish imagination in economic, touristic and popular culture contexts. This is the first book-length examination of this phenomenon and I’m delighted to have been given this award.”

The award is given in honour of Michael J. Durkan (1925 – 1996), a former treasurer of the ACIS, who was born in Louisburgh, County Mayo, for work related to Irish language and culture.

The judges said Professor Moynihan’s book “is an impressively wide-ranging and insightful study of migration to and from the United States” in Irish literature, film, and culture and that it “combines an impressive range of cultural sources with nuanced close readings in an important and timely contribution to Irish Studies”.