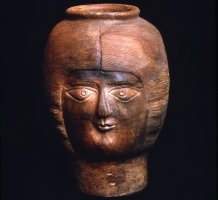 Analysis of ancient food remains will be used to examine the impact of migration on diet during the Roman Empire as part of pioneering new research.

The major study is the first to use big data and pottery hundreds of years old to show diversity in Roman food and culture.

Experts, who will use new methods to extract ancient food remains left in eating and drinking vessels, hope their work will transform current understandings of Roman food, and will show the impact of multiculturalism caused because of the growth of the Roman Empire.

Researchers believe examining essential daily activities of life – such as eating and drinking – will help them get better data about life thousands of years ago.

Professor Pitts said: “In a world of resurgent nationalism, and with debates over multiculturalism often dominating mainstream media, the necessity for deep-time perspectives on diverse people living together has become ever more pressing.

“Our project tackles the urgent need for research recognising the real extent of cultural diversity in the distant past, by examining the culinary impacts of immersion in the globalising Roman world, from the perspective of a distant frontier province.”

Professor Pitts’ previous research has shown the Roman empire was dynamically connected, with provinces like Britannia operating as diverse societies that brought together people and ideas from across the Roman world. His recent work on pottery finds from Roman York published in the journal Britannia examines the production of N. African style casserole pots, which were probably made by soldiers recruited from Africa Proconsularis (modern Tunisia) for the northern campaigns of the emperor Septimius Severus in AD 208-211. Part of the new project will involve answering questions about what foods these casserole pots were used to cook, and by whom.

Dr Cramp said: “Unlocking the molecular riches of Roman pottery will give us access to great untapped information. Decades of excavations have unearthed thousands of tons of material which we will examine.

“We do not know whether pots associated with migrant communities were used to prepare or consume ‘food from home’ or adapted to local cuisine – but it will be tremendously valuable to gauge the impact of migrants and their cultural assimilation and impact.”

Experts hope to discover if cooking vessels and tablewares with links to migrants were used for consuming ‘food from home’, or subject to the same culinary preferences as resident local populations. They will analyse big data of pottery found across the UK and Europe, conduct the largest-scale study of organic residues on Roman pottery to date.

Dr Hammann said: “This combination of innovative methodologies provides a crucial and innovative approach to explore human mobility, emergent practices and identities in the distant past, that will shed light on historical connections and shared practices between Britain and continental Europe.”

Experts will examine pottery found in Vindolanda, a fort south of Hadrian’s Wall, Colchester, a Roman veteran colony, and York, where the presence of people from N. Africa is attested in the Roman period.

The analysis will detect food-derived fats absorbed in the pottery – cooking pots, grinding bowls and dishes for eating.