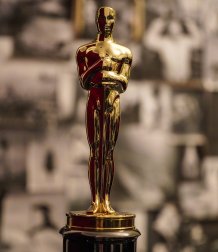 University of Exeter alumna Vanessa Kirby has been nominated for an Oscar for her role in Pieces of a Woman.

Academics who taught the Crown and Mission Impossible star have congratulated her on being recognised by the Academy of Motion Picture Arts and Sciences for her role in Pieces of a Woman. The film tells the tale of a women struggling with the emotional impact of a heart-breaking home birth.

Vanessa studied English before embarking on her acting career. She is well known for her role as Princess Margaret in Peter Morgan's Netflix series The Crown, for which she won the BAFTA Award for Best Actress in a Supporting Role in a Television Series in 2018. She starred as Estella in the BBC adaptation of Great Expectations, Joanna in Richard Curtis' romantic comedy About Time and Mission: Impossible - Fallout and Fast & Furious: Hobbs & Shaw.

Vanessa is also an acclaimed and award-winning stage actress, with roles including Stella in Streetcar Named Desire, Elena in Uncle Vanya, Masha in Three Sisters and Ann in All My Sons.

Dr Paul Williams, who taught Vanessa, said: ''We're delighted to see Vanessa Kirby's performance in Pieces of a Woman recognised in the Best Actress shortlist for the 2021 Academy Awards. Vanessa was a keen student of contemporary drama during her time in the Department of English and Film at Exeter and hopefully what she learnt has proven useful during her acting career. Congratulations to Vanessa on this incredible achievement and good luck for 25 April - we can't wait to watch the ceremony.”

Professor Tim Kendall, who also taught Vanessa in his module on war poetry, said he remembered her as a “first class” student. He said: “Vanessa was a genuinely brilliant student for whom the glamour and bright lights of academic stardom beckoned. What a tragedy that she threw it all away for Hollywood!”

Professor Corinna Wagner said: “I recall that Vanessa was very focused, very determined, very passionate about drama and her craft. I would also like to think that in English, she honed some very important skills, not the least of which is to think about how things work. In the gothic module Vanessa got very good practice at prying beneath the surface of things, of seeing the pulleys and wheels, of interrogating motive and observing the underside of character.”

Professor Paul Young said: “I supervised a fantastic dissertation Vanessa wrote on contemporary theatre. I remember her as a very motivated, politically and artistically engaged student. I wanted her to stay and do postgraduate work but she was very much dedicated to her drama. Our loss is the Oscars’ gain!”

For her role in Pieces of a Woman Vanessa has also won the Volpi Cup for Best Actress, at the 2020 Venice Film Festival. She has also been nominated for Best Leading Actress, at this year’s BAFTA Film Awards, Best Performance by an Actress in a Motion Picture at this year’s Golden Globe Awards, Outstanding Performance by a Female Actor in a Leading Role at the Screen Actors Guild Awards and Best Actress at the Critics Choice Awards.