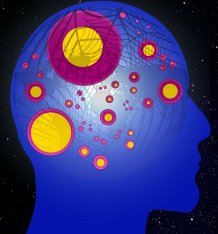 The five-year University of Exeter project, is the first to trace the emergence and development of the concept of a “global psyche”, and to examine how psychiatrists from different cultures worked together from the 1950s until the early 21st century.

A major new study of the history of psychiatry will show how efforts to create a “global standard” for mental health has left a lasting legacy on the treatment offered today.

After World War II psychiatrists in different countries worked together to create institutions which are still used universally. Psychiatrists, anthropologists and others are still continuing some of the same debates, interrogating the role of local social and cultural factors in the definition and classifications of disorders, diagnoses or treatments. Historian Dr Ana Antic, Senior Lecturer at the University of Exeter, has won a prestigious European Research Council Starting Grant Award of 1,499,952 Euro to investigate the history of transcultural psychiatry and its links to decolonisation.

The five-year University of Exeter project, ‘Decolonising madness? Transcultural psychiatry, international order and the birth of a “global psyche” in the aftermath of WWII’, is the first to trace the emergence and development of the concept of a “global psyche”, and to examine how psychiatrists from different cultures worked together from the 1950s until the early 21st century. This project will involve an interdisciplinary team, who will show to what extent this process resulted in the “decolonisation” of mental health services, and how it impacted on patients in non-Western nations.

Dr Antic will examine patient case files in a number of clinics around the world as well as archival materials from global mental health institutions such as the World Health Organisation and WPA, as well as institutional and governmental documents from Nigeria, India, Taiwan, USSR, Czechoslovakia, Denmark, UK, Colombia, USA and other countries.

Dr Antic said: “Europe is currently facing the largest number of incoming refugees since the Second World War, and their mental health is quickly becoming one of the core political concerns on the continent. It is still extremely important to explore to what extent mental health principles can be used across the globe.

“This project will contribute a historical perspective to one of today’s core debates – can Western psychiatric systems and therapies help alleviate the suffering and improve the lives of people from different parts of the world? It will also produce a different narrative of modern European history.”

Work to create global classifications of disorders, diagnoses or treatments intensified as the colonial systems crumbled, and Western doctors began to work closely with those from other countries, Dr Antic believes. During this time leading psychiatrists from around the world tried to identify the psychological mechanisms and conditions supposedly shared among all cultures, taking account of non-Western concepts of mental illness and healing.

This work influenced social and political debates of the time on racial relations, migration and cultural change and modernisation in the decolonising world. Dr Antic and her research team will examine how doctors, anthropologists and patients negotiated cultural tensions, and the part played by psychiatrists from non-Western nations.

Researchers on the project will focus on an under-researched case study, the WHO-funded “International Pilot Study on Schizophrenia” during 1966 to 1974, the first, largest and most ambitious research endeavour in the history of global psychiatry. IPSS crucially shaped the development of transcultural psychiatry and related social and political debates. Those involved were working to see if schizophrenia might be a universal psychiatric category and how cultural differences affected the symptoms and experience of the disease, as well as to standardise diagnostic criteria, classifications and therapies. IPSS attempted to engage non-Western researchers and clinicians on an equal footing for the first time. Dr Antic’s project will scrutinise the writings and activities of those psychiatrists and anthropologists who participated in the IPSS, and ask how their IPSS experiences affected their involvement in other projects.

The results of the research will be published in two books and a series of research articles in academic journal. The project team will organise a series of conferences and workshops, involving humanities scholars and psychiatrists.