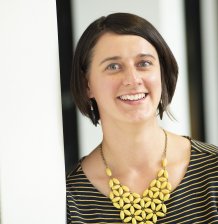 A University of Exeter historian has taken on a prestigious role advising Imperial War Museums on their activities to further public understanding of 20th and 21st century warfare and its ramifications.

Professor Catriona Pennell is an inaugural Associate in the new IWM Institute for the Public Understanding of War and Conflict.

The institute will be a hub for experts to explore and experiment with innovative ways of deepening public understanding of the cause, course and consequences of war and conflict through research, public programming and digital innovation.

IWM Institute works with a network of IWM Associates, which includes experts from the fields of arts and culture, policy, academia and the charity sector. IWM Associates use their own unique perspectives from their respective fields to support the development of fresh and creative approaches to public engagement with war and conflict.

Professor Pennell has researched the complex ways British and Irish people responded during the tumultuous months of August to December 1914, as well as the relationship between ongoing conflicts and imperial pasts, particularly in Ireland and the Middle East. During the centenary of the First World War, she has acted as a consultant for the British Council, the BBC, and the Department for Education.

Talking about her appointment, Professor Pennell said: ‘I’ve worked with IWM for a number of years now, particularly in relation to my research into history, education and memory. I’m really excited about how the IWM Institute will enable me to consolidate this relationship, network with other Associates, and support the brilliant team of curators and researchers at IWM to develop connections with new audiences on such pertinent topics as war and conflict.’

She is currently Principal Investigator of the AHRC-funded research network Teaching and Learning War (2017‐2020) providing IWM staff, among others, with much-valued opportunities to better understand the ways young people in the UK, Australia and New Zealand engage with the cultural memory of the two world wars through public and classroom engagement.