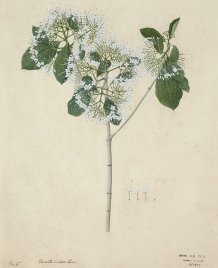 The mysterious origins of remarkable paintings of Indian wildlife are no longer shrouded in mystery thanks to detective work by experts around the world.

For hundreds of years the artists of the works – held at the Royal Albert Memorial Museum and Art Gallery in Exeter – were unknown. Now it has been discovered they are by three of the most renowned Indian painters of the period - Sheikh Zain al-Din, Bhawani Das and Ram Das. Their works are also held by the Tate, Ashmolean and Metropolitan Museum of Art.

Attempts by British residents in colonial India to write Indian names in local scripts meant the identities of the painters was hidden. Deciphering the writing in Bengali and Latin on the drawings has allowed academics from the University of Exeter to identify the names of the artists of 17 Indian natural history paintings.

The academics are working with colleagues from the RAMM and experts in India to trace the connections between the patrons, painters and scientists which led to the drawings being produced in the late eighteenth and early nineteenth century. The Exeter experts are in India this month to continue their work.

The artworks are part of a collection of 86 watercolours of Indian plants held by the RAMM. The drawings, all produced in the late 18th to early 19th century, depict plants used in traditional Ayurvedic medicine and are associated with the English East India Company. At this time the Company was beginning to control parts of the Indian subcontinent. Keen to exploit and export valuable natural commodities, the Company set out to record the flora of India and commissioned Indian artists to create detailed botanical illustrations.

It is not clear who commissioned these works, but all three artists were employed at one point by Lady Mary Impey (1749-1818), wife of the Chief Justice of Bengal. The pictures held by RAMM belonged to Richard Cresswell. His wife Frances Creighton was an amateur botanist and his father-in-law was the artist and judge Henry Creighton, who may have known the Impey family. Cresswell possibly bought the paintings or they could have belonged to his wife’s family, commissioned by her father. They were eventually donated to RAMM in 1927.

Holly Morgenroth, Collections Officer at RAMM, said: “We are delighted to have confirmed the identities of those behind these paintings. It shows that this meeting of different cultures at the time –British people fascinated by the local flora and fauna, and the skills of Indian artists, really did result in unique artwork.”

The names of the artists are known thanks to research by Dr Nandini Chatterjee, Director of the University of Exeter’s South Asia Centre.

Dr Chatterjee said: “We had to imagine the phonetic changes the names would have gone through to discover the identity of the artists. The names of the artists are written behind the paintings in Bengali and Latin, English, scripts, but can appear meaningless at first right. For example, one of the names was written in the English script as “Sack Joyenadey”. The Bengali version shows us that ‘Sack’ is an Anglophone corruption of Sheikh, and Joyenadey is a corruption of the name Zain al-Din, which is pronounced in Arabic, Persian and Urdu as Zainuddin, but in Bengali as Joinuddi. This interpretation and identification becomes very secure when we see that other paintings in the collection are attributed to Bhawani Das and Ram Das, known associates of Zain al-Din.”

The project is an international collaboration between the University of Exeter, the RAMM and Victoria Memorial Hall, Kolkata. This week the University of Exeter’s Vice Chancellor, Professor Sir Steve Smith, and Director of the Victoria Memorial Hall, Dr Jayanta Sengupta signed a new Memorandum of Understanding between the two institutions to support further research.

Dr Andrew Rudd, from the University of Exeter, one of the researchers on the project, said: “Most of the stunning paintings of Indian flora and fauna were produced by Indian artists, many of whose identities are not yet known, for European clients, mostly colonial officials.

“We hope to find out more about the lives and working practices of the Indian artists, as they adjusted to the new realities of British rule. How much was their style affected by this extraordinary blending of traditions?”

Rachel Sutton, Lead Councillor for Economy and Culture for Exeter City Council, said “This project is a wonderful reflection of Exeter’s approach: collaborative, outward looking, building on the past while looking to the future. Two of Exeter’s great institutions – RAMM and the University of Exeter - have forged new links with Bengal to increase our knowledge and understanding of our common heritage. We are delighted that the art and the new findings can be shared through exhibitions, academic forum, loans and online.”

The paintings can be viewed online on both RAMM’s Collections Explorer and Google Arts and Culture.